UCL pays tribute to Professor Francis Crick, who co-determined the structure of DNA, and died on 28 July 2004. 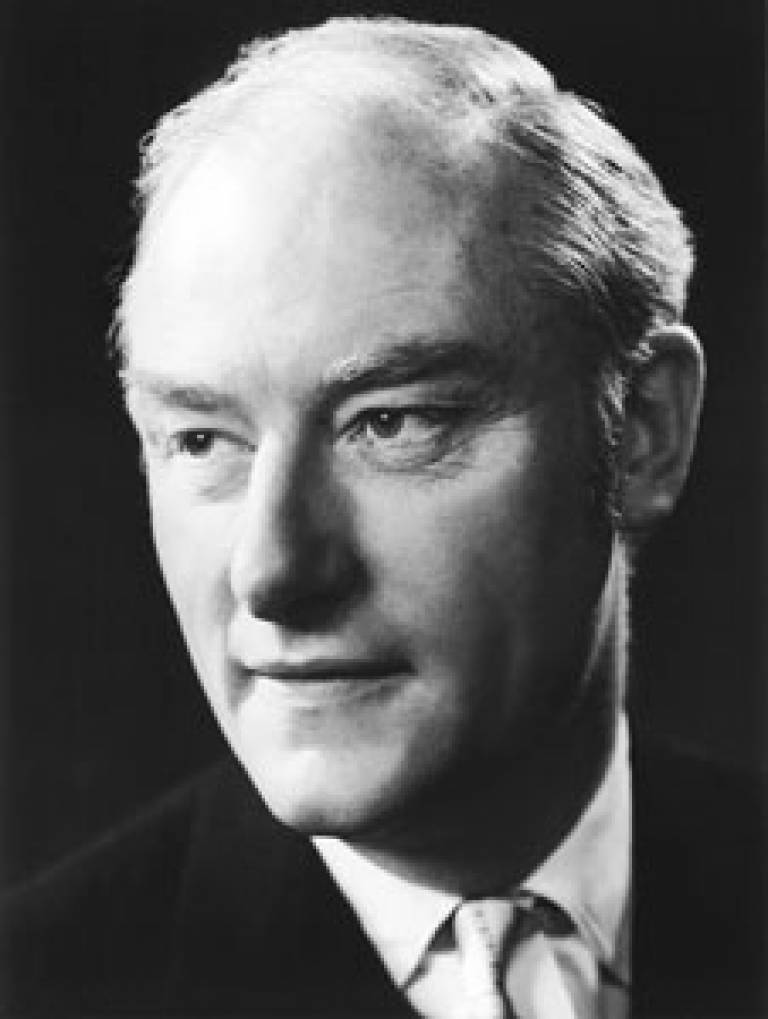 Born in 1916, Professor Crick completed his BSc in Physics at UCL in 1937. He started his PhD in the same year, but his work was interrupted by the outbreak of war in 1939.

His research with biologist James Watson led to the proposal of the double-helix structure of DNA in 1953. He was nominated as a Fellow of UCL in 1962, the same year he received the Nobel Prize in Physiology or Medicine with Watson and Maurice Wilkins.

He later became a non-resident Fellow of the Salk Institute in California, concentrating on biochemistry and genetics. He lived with his family in a house appropriately named 'The Golden Helix'.

On the occasion of his nomination as a UCL Fellow, some of his distinguished UCL colleagues remarked on the impact of his groundbreaking work. Peter Brian Medawar (Nobel Laureate 1960), Jodrell Professor of Zoology & Comparative Anatomy, commented: "Crick is a most brilliant and distinguished biophysicist. In collaboration with Watson, he produced the now generally accepted solution of the molecular structure of deoxyribonucleic acid."

Sir Bernard Katz (Nobel Laureate 1970), Professor of Biophysics, wrote: "Watson and Crick's discovery has had a profound influence on scientific thought and has given a stimulus to much important work in biochemistry, genetics and the new field of molecular biology."

To find out more about Professor Crick, use the link below.