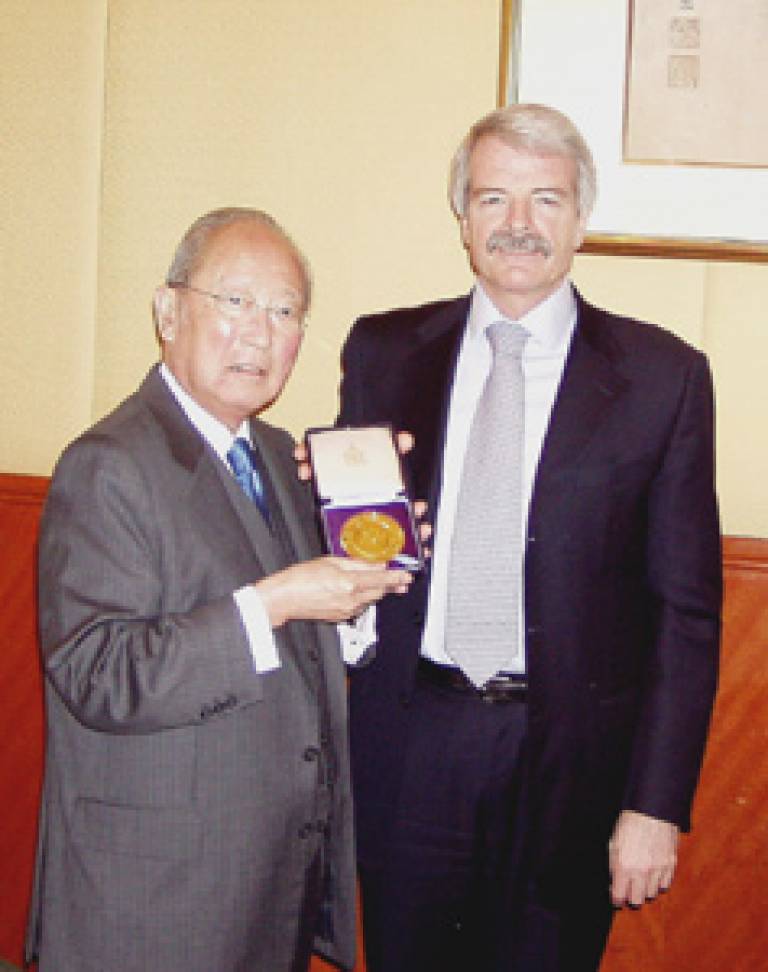 On 27 March 2004 Professor Grant presented Dr Li with a UCL Gold Medal in recognition of his support for the university.

Dr Li, who was made a Fellow of UCL in 1991, has established three scholarship programmes at UCL: the Simon Li UCL/China Research Scholarship for the advancement of research cooperation between China and UCL, the Simon Li China Scholarship for a LLM student from the People's Republic of China, and the Simon Li/UCL Scholarship, in memory of his father, Mr Li Koon Chun.

Before retiring from his position as Vice-President of the Court of Appeal in 1987, Dr Li played a significant role in the smooth reversion of Hong Kong to Chinese sovereignty. He is equally active in community service and has contributed significantly to the development of Hong Kong.