A major particle physics experiment is bringing together more than 200 top scientists from 32 institutions worldwide, including UCL. 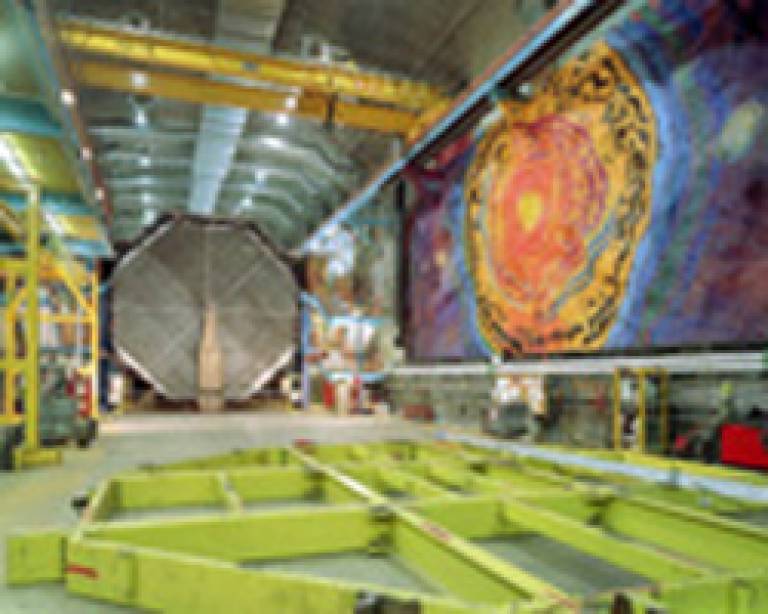 The findings could see a fundamental change to our understanding of the universe.

Half a mile underground, a 6,000 ton detector has been built piece by piece in a former iron mine in Minnesota, USA. The Main Injector Neutrino Oscillation Search (MINOS) detector is measuring cosmic ray showers penetrating the Earth. The experiment aims to discover whether neutrinos have mass.

Neutrinos are abundant particles with either very little or no mass. They have three 'flavours', and previous experiments have shown that neutrinos are capable if oscillating between these flavours. This can only happen if one or more of the flavours has mass, in contradiction to the Standard Model of particle physics, which predicts they have zero mass.

The 30-metre detector consists of 486 planes, lined up like slices of a loaf of bread. Each steel plane is 8m high and 2.5cm thick, coated on one side with plastic that emits light when struck by a charged particle.

Dr Jenny Thomas is part of the nine-strong UCL team, from the High Energy Physics group in the Department of Physics & Astronomy, and also UK spokesperson for the experiment. She explained: "MINOS can separate neutrino interactions from their antimatter counterparts - the antineutrinos. The data taken now from neutrinos produced in cosmic ray cascades may provide new insight into why the universe is made of more matter than antimatter. At least, for the first time, we will be able to compare the characteristics of neutrinos and antineutrinos coming from the atmosphere."

The detector will soon start measuring man-made neutrinos from the Fermi National Accelerator Laboratory. The beam will be sent straight through the Earth over a distance of 735 km, the first time such an experiment has been conducted.

To find out more about the experiment or UCL's High Energy Physics group use the links below.