UCL's Professor Kathleen Burk (History) has been appointed Professor of Rhetoric by the prestigious Gresham College from 2003-2006. 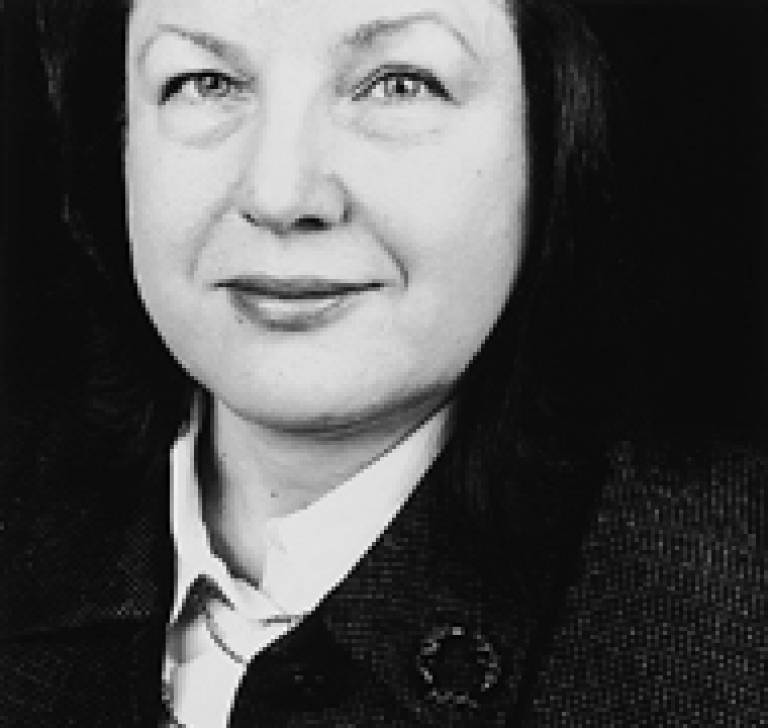 Professor Burk will conduct a series of public lectures on Britain's external relations at the college in Barnard's Inn Hall, High Holborn, as part of her professorship. The talks commence at 6pm on 21 October 2003 with the lecture 'Anglo-American Relations: Where We Are, and How We Got Here', followed by subsequent events once a month.

A specialist in 20th-century history, Professor Burk has published nine books, including two on Anglo-American relations. Her work pays particular attention to the interrelationship of politics, diplomacy and finance, and she has published a further two books on the history of merchant banks. For her current book, however, she is ranging somewhat more widely, and is writing a comprehensive book on Anglo-American relations from the 15th to the 21st centuries.

Professor Burk said: "I have long thought it important that academic historians present their work to the general public, and I welcome the opportunity to do more such work through the Gresham Professorship. In general, British foreign policy is normally calculated on the basis of rational self-interest by people who understand the context. For instance, while some commentators explain the present British position on Iraq in terms of the personal relationship between President Bush and Prime Minister Blair, and this is indeed important, deeper principles inform British policy on Iraq as on other issues. I want to convey the intrinsic interest of British external relations, and by presenting some of its history, to enrich the audience's appreciation of current foreign affairs."

Gresham College was established in 1597 and has provided free public lectures in the City of London for more than 400 years. The college fosters academic consideration of contemporary problems and provides a forum for the public to engage in intellectual debates.

To find out more about UCL's Department of History, or Gresham College, use the links below.