UCL gets to know Mars

The European Space Agency's Mars Express mission is due to reach the red planet in December 2003. The mission's orbiter component contains seven instruments, three of which have been created by UCL scientists in collaboration with other laboratories and institutions.

UCL's Mullard Space Science Laboratory (MSSL) has provided calibration and 'blackening' technology for the electron sensor used in ASPERA, the energetic neutral atoms analyser, which will look at how the solar wind erodes the Martian atmosphere.

Dr Andrew Coates (Space & Climate Physics) is on the Mars Express team. He said: "For over three billion years, since Mars lost its magnetic field, its atmosphere and ionosphere have been 'scavenged' directly by the solar wind. We know that water is being replenished into the Martian atmosphere from somewhere below the surface, only to be lost by scavenging. ASPERA will measure the loss of water and study scavenging in detail. The water loss can then be estimated over billions of years, giving clues about conditions for past life on the planet." 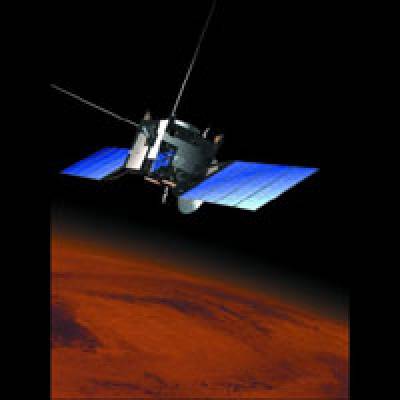 MSSL has also provided the lead for the stereo camera system on the mission's Beagle 2 lander. The system will provide accurate and detailed images of the surface and atmosphere. Dr Coates said: "The scientific objectives of the system include producing a digital elevation model and colour panoramas of the landing site. In addition, mineralogy and petrology of rocks will be studied and atmospheric water vapour and dust opacity measured." Scientists in UCL's Department of Earth Sciences have also worked on the Mars Advanced Radar for Subsurface & Ionospheric Sounding (MARSIS). It will employ ground-penetrating radar to map underground water, if there is any. Low frequency waves will be directed towards Mars from a 40-metre antenna which will unfold once Mars Express goes into orbit. Analysis of the echoes produced will produce data about the composition of the top five kilometres of the Martian crust.

The Department of Geomatic Engineering has contributed to the High/Super Resolution Stereo Colour Imager, which will generate the best-ever geological maps showing the location of different minerals and rock types. UCL's three-pronged approach in the examination of water loss will thus link measurements below the surface (MARSIS), on the surface (Beagle) and in the escape to space (ASPERA).

To find out more about MSSL or the mission use the links below.