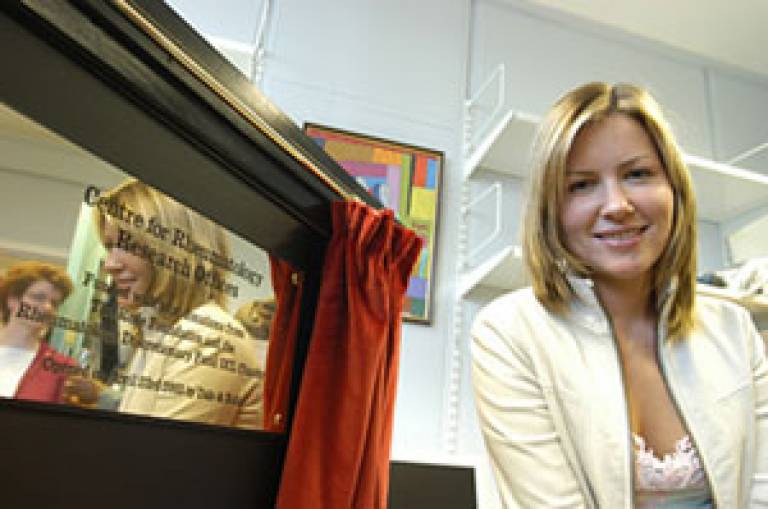 In total, Mr Armstrong spent nine months in hospital, more than two of them in the Middlesex Hospital Intensive Care Unit.

The Armstrong family, including William's wife Clare and son Rollo - of the band Faithless - returned to show their appreciation for the centre's work. Dido spoke of her family's joy at William's "miraculous" recovery and expressed the hope that the centre's expanded facilities would help it to bring the same joy to many other families.

Professor Isenberg said: "We've made great strides in the last few years, but lupus and its related diseases such as rheumatoid arthritis remain serious challenges. It is distressing that, for every William Armstrong we have helped, there have been others, including teenagers, who have died from lupus. These new offices will help our researchers focus their minds and their efforts on making discoveries that will translate into better treatment for these serious diseases."

In 2000, actress Kathleen Turner opened the centre's new laboratories, which had moved into UCL's Windeyer Building. That move was funded by the Arthritis Research Campaign; the opening of new research offices was made possible by support from the Rose Foundation.

For more information about the centre use the link below.