A collaboration between UCL, King's College London and the University of East Anglia has found a new way of identifying paranoia. 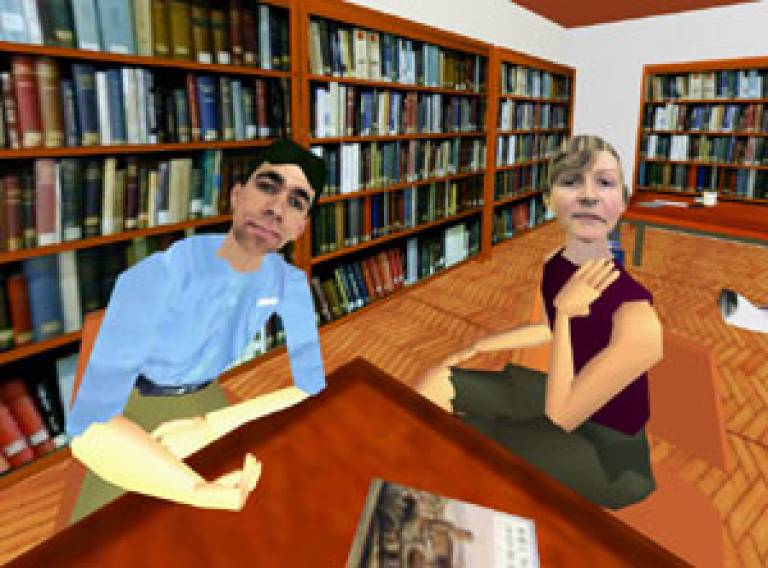 The study, led by Professor Paul Bebbington (Psychiatry & Behavioural Sciences), involves the use of virtual reality and builds on research which has already shown success in the treatment of conditions such as claustrophobia and fear of public speaking.

In these latest tests, 24 non-clinical volunteers entered a virtual reality library occupied by computer generated figures and were then asked their thoughts about the characters. Both the room and its occupants were designed to be as neutral as possible but nine of the 24 found that "someone in the room had it in for me" and 13 felt "they were talking about me behind my back". However, the results weren't a surprise to the researchers as these thoughts are quite appropriate in certain situations and reinforced the evidence which proves people react to virtual environments as if they were real.

Professor Bebbington said: "We initially started the experiment using 'normal' subjects, as psychosis shares patterns with normal thinking. There are real advantages to having a standard environment which is interactive but where you ultimately have control, because this can't be achieved in the real world." While the initial stage of the research is concerned with exploring the thinking processes behind persecutory ideation and identifying sufferers, it is hoped that virtual reality may be used as a treatment in the future. "Potentially the technique could be used with people recovering from schizophrenia to give them control over a particular situation," explained Professor Bebbington.

The technology used in the study has been developed by Professor Mel Slater (Computer Science) and is funded by a Wellcome Trust grant.

Image: Avatars in the virtual library.