The latest Neuropixels probes can track neurons over weeks. 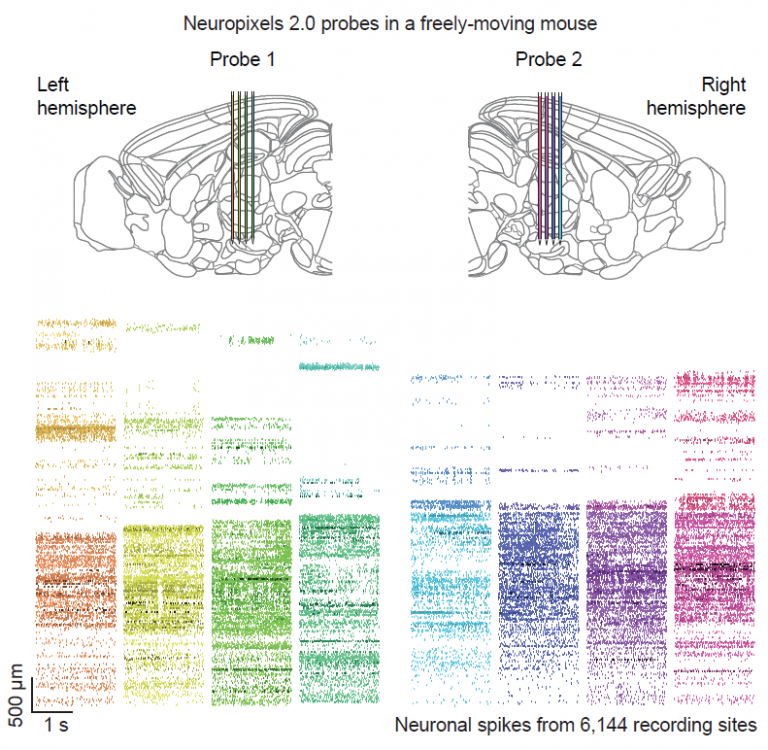 A new generation of miniature recording probes can track the same neurons inside tiny mouse brains over weeks — and even months. The new tools build on the success of the original Neuropixels probes released in 2017 and currently used in more than 400 labs. Neuropixels 2.0 are much smaller — about a third the size of their predecessors. They’re designed to record the electrical activity from more individual neurons and have the unique ability to track this activity over extended time periods. That makes them especially useful for studying long-term phenomena like learning and memory in small animals such as mice, says Tim Harris, a senior fellow at the Howard Hughes Medical Institute (HHMI) who led the project alongside collaborators from University College London (UCL), Norwegian University for Science and Technology (NTNU), Neuroelectronics Research Flanders (NERF) and Champalimaud Centre for the Unknown, with funding from the Wellcome Trust.  The team describes the advance in a paper published April 16 in the journal Science.

Neuropixels 2.0’s advances come from several key innovations, Harris says. Engineers at imec, the company that manufactures the probes, found ways to shrink the tool without losing recording capacity. HHMI scientist Marius Pachitariu and colleagues developed new ways to process the data. And strategic changes to the layout of the probes helped make them better suited to certain tasks.

Tracking the same neuron over time has been an ongoing challenge, says Harris, because brains move a little bit whenever animals move. Each Neuropixels probe contains multiple recording sites—spots that pick up neural signals. In this latest version, Harris and his colleagues rearranged the position of the recording sites on the probe, increasing their number and moving them closer together. Like positioning many microphones around a crowded room, the design change makes it more likely that if a neuron jiggles out of reach of one recording site, it’ll still be picked up by a neighboring one.

And while the original Neuropixels probes have just one narrow filament that enters the brain, the new version has four. That means the recording sites are distributed over a wider area, allowing for more efficient recording in many important brain areas, especially thin layers within the brain.

Now, using Neuropixels probes, researchers can simultaneously capture the activity of thousands of neurons in animals’ brains, and follow many of those neurons over time. Matteo Carandini, who led the UCL team funded by Wellcome Trust, described how they ensured that the probes were recording from the very same neurons over months: “we showed mice hundreds of images and placed the new probes in a brain region where neurons respond to images but are picky: one neuron responds to a handful of images and another neuron to different handful. Anna Lebedeva and Michael Okun in our lab used this fact to assign to each neuron a unique signature. To our delight, they discovered that the neurons had the same signature week after week: they had to be the same neurons.”

The probes set a new record for the number of recording sites inserted simultaneously in a brain. Nick Steinmetz, the first author of the study and currently at the University of Washington commented “our study shows that the new probes can record from over 6,000 recording sites, more than twice as many as any other available technology. Neuropixels thus hold the record for most recording sites inserted simultaneously in a brain, and achieved this in the small brain of a rodent. In larger animals such as primates, the new probes could achieve even greater numbers. These records are fleeting though, as surely this number will keep on growing quickly”.

Prototypes of the latest version are currently being tested by neuroscientists in labs across the world, and being tweaked and fine-tuned in response to users’ experiences. Harris and his colleagues hope that the probes will be ready for more widespread distribution in 2022. 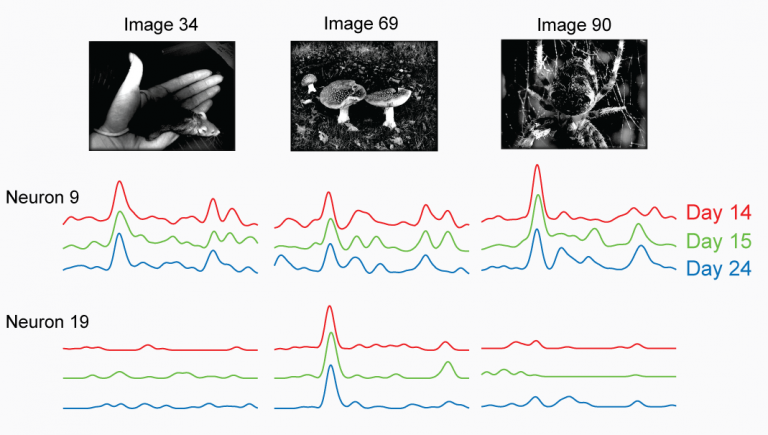