Due to the high channel count and the need to consider information from many adjacent channels in the sorting of each spike, most existing spike sorting algorithms are insufficient or unusable for data produced by Neuropixels probes. 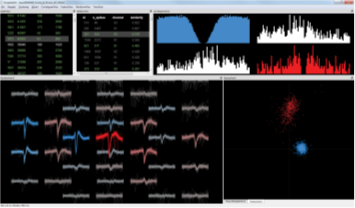 Kilosort (and its successor Kilosort2), developed by Marius Pachitariu, is an automatic spike sorting algorithm developed for Neuropixels probes that can process the data quickly and accurately.  The algorithm is described in a 2016 preprint in bioRxiv. It requires a desktop workstation with a MATLAB license and a consumer GPU. The code and installation instructions are freely available.

To view and curate the results of Kilosort we recommend Phy, developed by Cyrille Rossant. See this documentation for a user-friendly guide to spike sorting Neuropixels data.