UK Consortium on Mesoscale Engineering Sciences (UKCOMES) was established in June 2013, supported by the EPSRC Grant No. EP/L00030X/1. It is one of seven high-end computing (HEC) consortia for science and engineering in the UK funded by the Research Councils.

Mesoscale problems lie at the interfaces between microscales and macroscales, between engineering and sciences, where new and exciting discoveries and applications are likely to be made in the 21st century. Working in the emerging field of mesoscopic simulation requires a truly multidisciplinary approach and close interaction between researchers in physics, chemistry, biology, mathematics, engineering, material, computational science and so on. The creation of UKCOMES brings together experts in different fields to make critical theoretical developments and translate these into software that is able to exploit today's and future high-end computing (HEC) architectures. The consortium's main HEC platform is the UK National Supercomputing Service, ARCHER, which is ranked No. 25 among the Top 500 Supercomputers in the world (November, 2014) and one of the very top supercomputers for academic research.

Among the many mesoscale modelling approaches, the lattice Boltzmann method (LBM) has experienced remarkable growth in its capability and applications in recent decades. It is a particle method based on the kinetic theory, which, when properly formulated, recovers the macroscopic laws of mass, momentum and energy conservation. It already has a wide range of applications such as multiphase flow, interfacial physics, biological flow and the list is expanding to aerodynamics, turbulence and reactive flow. LBM is the focus of further development by UKCOMES. In addition, consortium members also work on other modelling and simulation approaches such as dissipative particle dynamics (DPD), smoothed particle hydrodynamics (SPH), direct simulation Monte Carlo (DSMC) and even molecular dynamics (MD). Together these methods represent a class of discrete modelling approaches that compete with and complement the conventional continuum-based Navier-Stokes solvers. More and more applications are being found for these methods in energy, environment, chemical and process engineering, mechanical engineering, manufacturing, microfluidics, pharmaceutical as well as sciences. UKCOMES aims to make its key research output accessible by academia and industry worldwide through publication in international conferences and journals as well as through open-source codes such as DL_MESO. 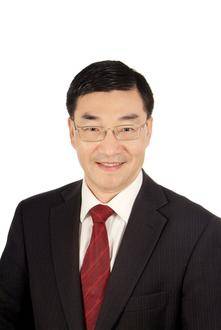 UKCOMES welcomes members of the UK and worldwide research communities to join as associate members.  Moreover, we welcome industrial participation in the consortium's activities and exploitation of our research outcomes.

Subset of a wild-type P6 retinal plexus used to reconstruct one of our retinal blood flow models, namely P6A model. The original microscope image is segmented and the network skeleton and segment radii are computed. Based on these values, a three-dimensional volume is reconstructed assuming vessels of piecewise constant radius. (a) Original image. (b) Segmented image. (c) Reconstructed surface. Reproduced from [Bernabeu et al., Journal of the Royal Society Interface, 2014].