EuropeanaTravel is an EU-funded project that will channel digital content from Europe's national and university libraries into the European discovery portal Europeana.eu.

Starting on May 1st 2009 and running for 2 years, EuropeanaTravel will digitise over a million resources including maps, manuscripts, photos, films, books and postcards on the themes of travel, tourism, trade routes and exploration. How is UCL contributing?

UCL's close involvement with this impressive collaboration includes leading several project phases: liaising with partner libraries across Europe in their digitisation planning, and spearheading the creation of an aggregation service to allow partners' digital content to be harvested into Europeana.

In addition, UCL is contributing content to EuropeanaTravel by digitising highlights from the special collections of the UCL School of Slavonic and East European Studies Library. 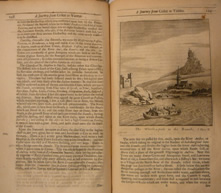 Over 300 volumes of printed accounts, dating from 1557 to 1860, focusing on travels in Central Europe, Eastern Europe and Russia.

Over 200 historic maps of Central and Eastern Europe, dating from the 19th century back to the 1540s. 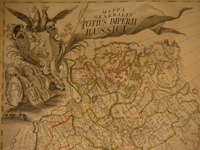 An album of Evans' photographs and sketches of the people and scenes from Transylvania, Wallachia, Bulgaria and Hungary dating from around 1884.

A photograph album of a tour by car of Croatia, Bosnia and Herzegovina taken by Evans in 1932, retracing a similar journey made on foot in 1875.

The collection also includes over 500 photographs taken during the 1920s and 1930s in the course of Margaret Hasluck's ethnographic research in the Balkans. Chiefly from present day Albania and Greece, they also include photographs from present day Turkey, Macedonia, Kosovo and Croatia. They show views of landscapes, towns and villages as well as portraits of local people and activities.

Europeana.eu is a portal that links to nearly 5 million digital resources from the museums, archives, libraries and audiovisual collections of Europe. It was launched in November 2008 by the president of the European Commission, Jose Manuel Barroso, and attracted millions of hits. 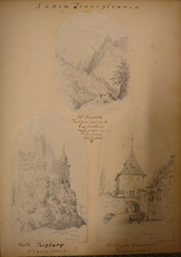 EuropeanaTravel is one of a group of projects funded by the European Commission's eContentplus programme, that are digitising material from cultural heritage institutions to feed into Europeana. Other projects include the European Film Gateway, capturing the rich European cinema heritage, and EuropeanaLocal, opening up resources held in local archives and museums. 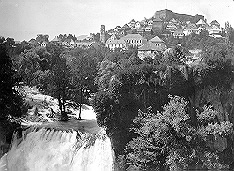