Mafalda Lopes da Silva of the Cutler Lab tell us about her recent publication in Development Cell, where she examined how secretion of the blood clotting factor VWF can be modulated by physiological cues.

What discoveries led you to the research described in your publication?
Our group is interested in how cells are able to regulate how and when they secrete what they need to secrete. In our case, we study endothelial cells which secrete blood clotting factors such as Von Willebrand Factor (VWF). I examined how different proteins in the secretory pathway can influence the secretion of VWF. I was especially interested in looking at proteins in the Golgi, a major organizing hub in the cells, so I carried out a mini screen of a few selected targets, and got lucky that one had a really interesting phenotype.

What were you trying to understand?
With this work I was trying to figure out how the Golgi can influence and modulate the cell's secretory capacity. We discovered that the protein GBF1 is at the center of how cells coordinate the secretory response when it senses different extracellular environments.

Why is this important?
This is really important in endothelial cells because you don’t want them to secrete the wrong clotting factors at the wrong time, which could cause the initiation of a thrombotic event or a stroke. Instead, you want the right protein to be secreted in the right amount and at the right time. In other contexts and cells types, this is also important so that cells secrete, for example, extra cellular matrix proteins, which are crucial for cell adhesion and migration, at the right time in the right environment, and then stop secretion when they need to.

Can you use an analogy to help us understand your work?
Imagine that you have a firetruck trying to control an active fire. The fireman would be controlling how much to turn the water tap (control amount and pressure of water) but he is also on his phone receiving information as to where the fire is heading. He can thus adjust the water tap according to this information, maybe saving some water here and moving the hose in another direction. VWF is the water and GBF1 is the fireman in this scenario, as GBF1 can interpret the extracellular signals of what is happening outside and adjust the cells' secretory response.

What questions remain to be asked?
The immediate big one if to find out how significant GBF1's role is in vivo, in the body, and under what contexts is it relevant. If indeed endothelial cells use this molecular pathway to control VWF secretion, it would be very easy to imagine a number of treatments where you could “prime” endothelial cells to be in an increased (or decreased) pro-thrombotic state, and this could be useful for example just prior to a major surgery, or in people with blood clotting disorders. 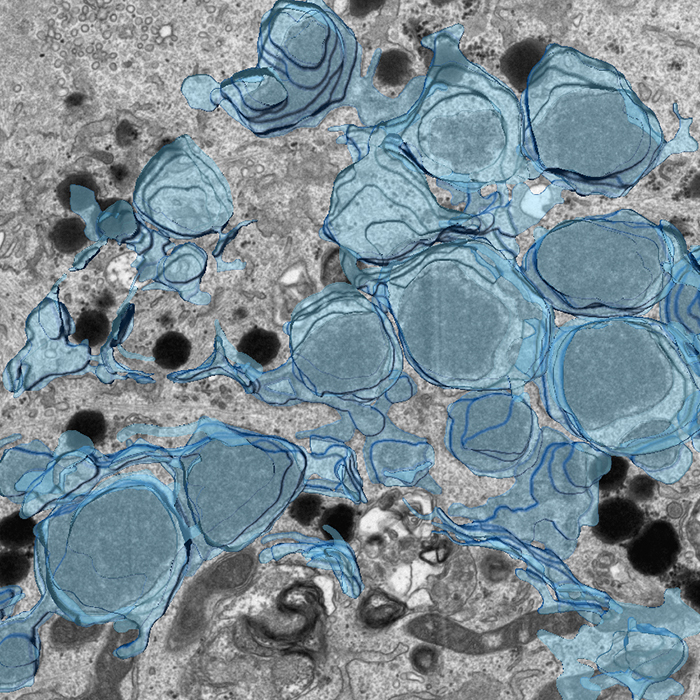