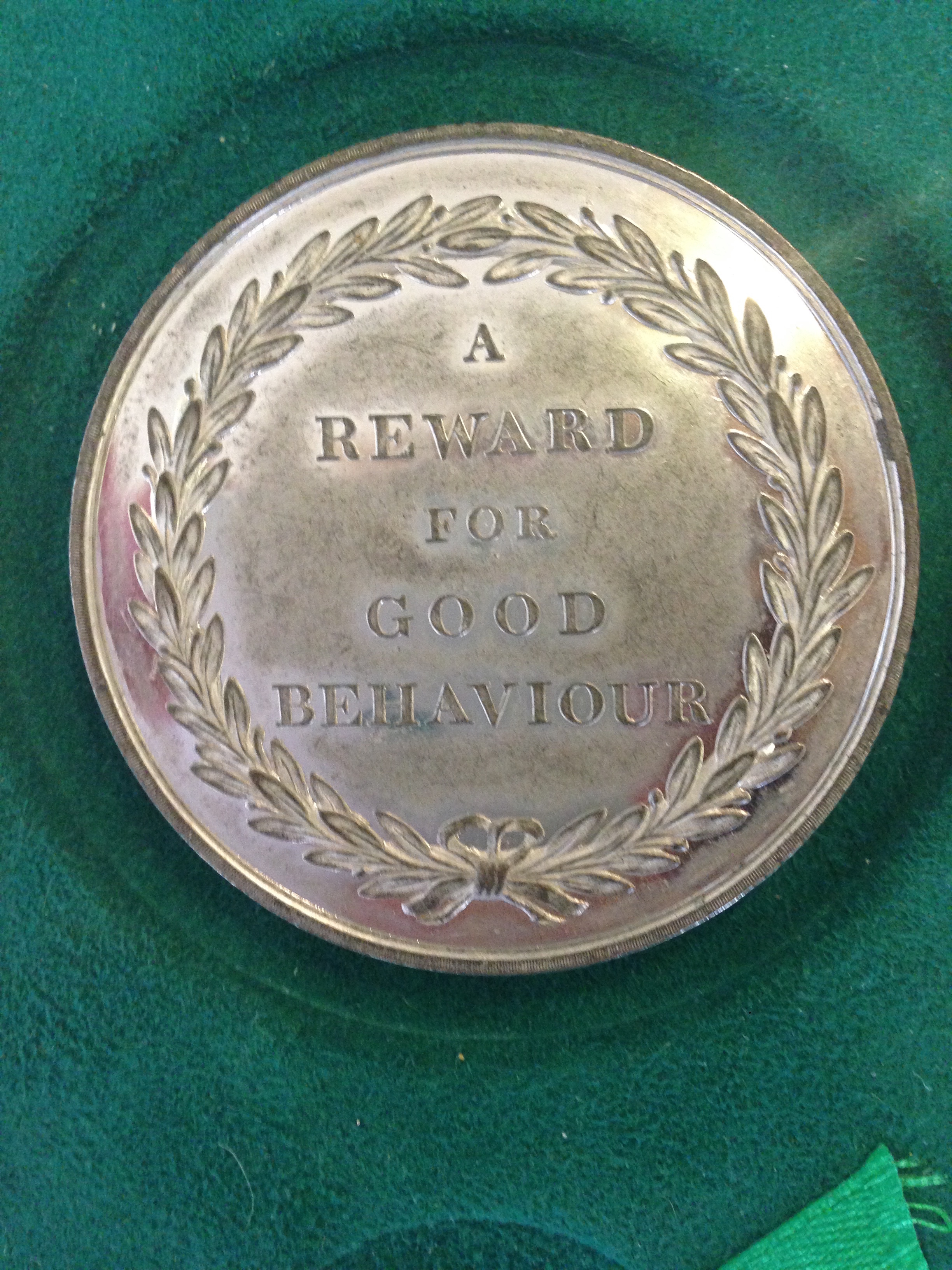 Medals awarded to the enslaved or formerly enslaved

Medals awarded ‘for good conduct’ to people on Caribbean estates illustrate new systems of governance put in place by slave-owners in the period of ‘amelioration’ of slavery that followed the passing of ‘Canning’s Resolutions’ by the British Parliament in 1823, and that continued into the period of Apprenticeship after the Abolition Act of 1833. Canning’s Resolutions had mandated the reform of slavery, including the abolition of the whip in the fields and of the flogging of women, and the recognition of marriage between enslaved people. The Resolutions never became effective in the colonies because of the resistance of the slave-owners. Apprenticeship was the system of coerced labour between 1834 and 1838 that followed Emancipation. 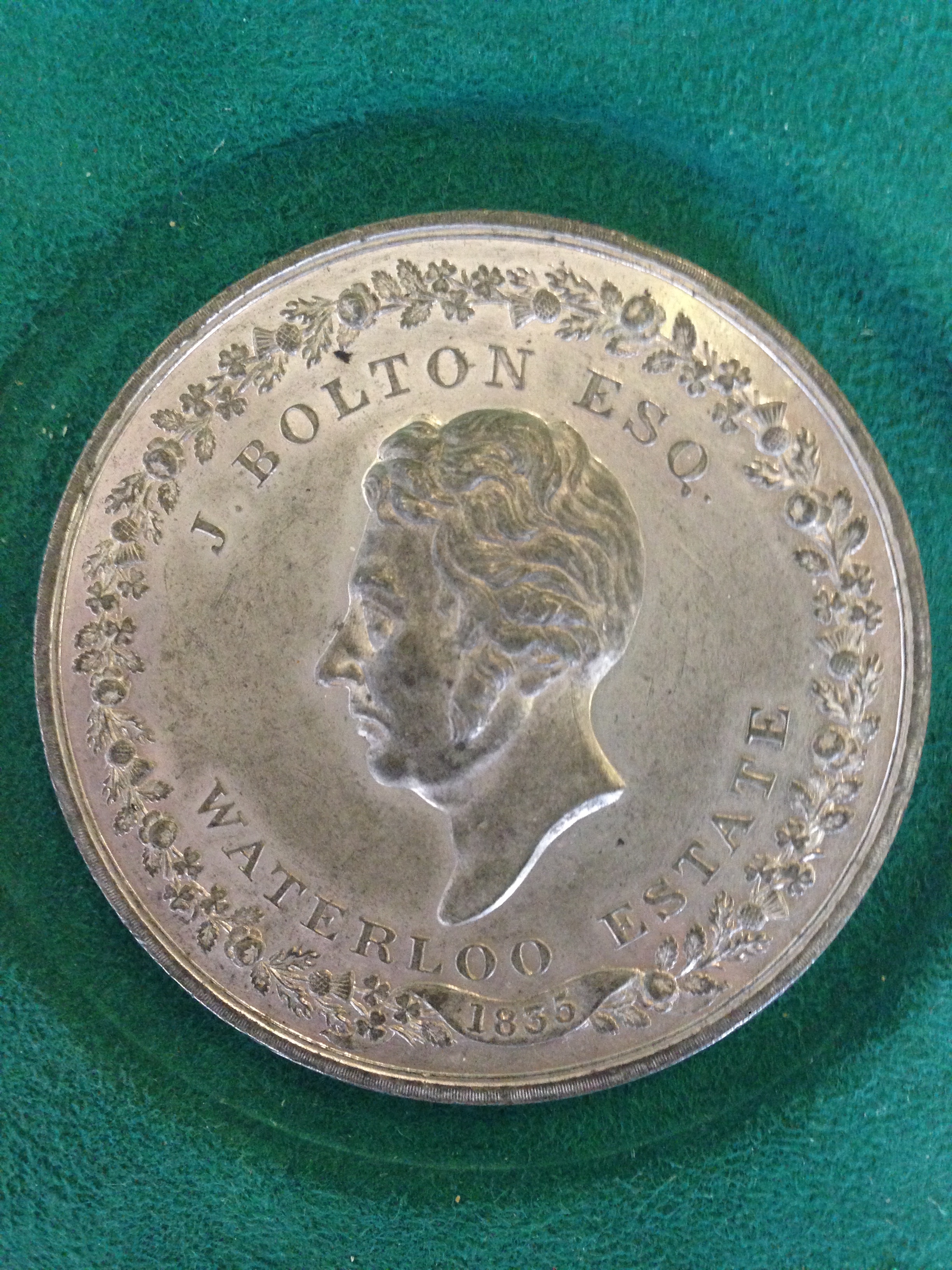 John Bolton had gone penniless to the Caribbean in the 1770s, and returned to Liverpool with capital accumulated in the slave-economy as a merchant. He established himself as a large-scale Liverpool slave-trader who shipped thousands of captive Africans in the last years of the British slave-trade. He had previously issued personal medals to the non-commissioned officers of the company of 600 volunteers he had raised at his own expense during the wars against Napoleonic France. Bolton was awarded over £15,000 (now the equivalent of some £13MM) for the 289 enslaved people on his Waterloo Estate in British Guiana.

The medals thus form part of a longer tradition of such English personal medals, as well as part of the history of slavery and Apprenticeship.

We would like to thank Robert B. Barker for his kindness in lending us the medals and for his help in researching them.