John Wedderburn first went to Jamaica in 1762, and soon became a member of the Assembly. He subsequently held the rank of Lieut-Col. of the Hanover regiment of infantry and served as aide-de-camp to the Governor, Sir John Dalling (commission dated 20/11/1778). During his time in Jamaica he purchased significant amounts of land. His son, also John Wedderburn, recorded in his family history that by the time his father returned to Britain in 1789 he owned at least ten estates in Jamaica: Spring Garden, Mount Edgecombe Penn, Paradise Penn, Prospect, Bluecastle, Jerusalem, Moreland, Hill's Mountain, Burnt Savannah and Retreat. He also acted as trustee for his brother, in which role he assumed the administration of Mint and owned Fontabelle, which he passed to Andrew Colvile upon his marriage to his eldest daughter in 1802.

Upon returning from Jamaica, John Wedderburn purchased the estate of Lindertis, co. Forfar, where he resided until c. 1801. Upon his brother's death (James Wedderburn of Bluecastle (q.v.)) in 1799, John Wedderburn took over administration of his Jamaican estates and debts, owed to the family firm Webster, Wedderburn & Co. of Leadenhall St. He subsequently sold the Scottish estate and moved to London.

The will of John Wedderburn of [Devonshire Street near Portland Place] St Marylebone was proved 15/06/1821. His will specifies his Jamaican property as including the Prospect and Spring Garden, and his pens as Negril, Mt Edgecombe and Paradise. Prospect was left to his younger son John and the rest of his estate to his elder son James.

The image opposite is taken from The Wedderburn book opposite p. 344. 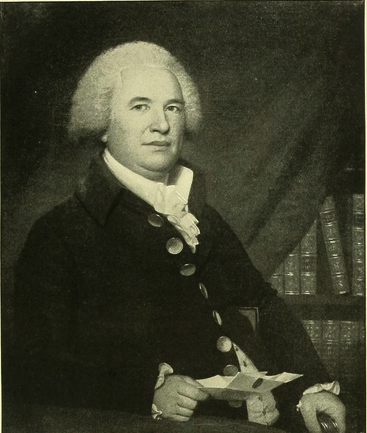