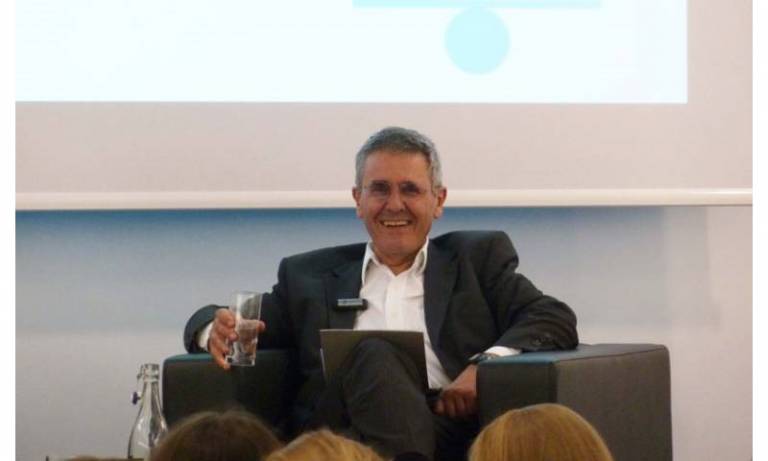 The Rt Hon Professor Sir Robin Jacob needs little introduction. Having enjoyed a distinguished career spanning 40 years as a leading member of the IP Bar, a High Court Judge and then a judge in the Court of Appeal of England and Wales, he has left an indelible mark on IP laws in the UK and influenced the law’s development in Europe and beyond. On retirement from the bench ten years ago, Sir Robin joined UCL Laws as the Sir Hugh Laddie Professor of Intellectual Law. It has not been a restful retirement! As Director of the Institute of Brand and Innovation (IBIL), Sir Robin oversees the Institute’s numerous public engagement events, is active in the research and teaching activities of the Faculty, while also contributing to IP events and policy around the world.

In a special IBIL World IP Day event, a global audience of over 450 from the IP community around the world, including current and former judges, academics, practitioners and students, joined Daniel Alexander QC, of 8 New Square, in conversation with Sir Robin. The event celebrated Sir Robin’s contribution to IP law over his 50-year career on the auspicious occasion of his 80th birthday. 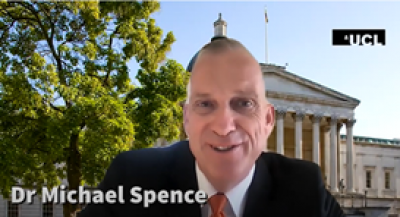 The event was opened with a welcome by UCL’s President and Provost, Dr Michael Spence AC, himself an IP scholar, who noted the serendipitous coincidence of Sir Robin’s birthday falling on World IP Day! Having only recently joined UCL, he confirmed the Laws Faculty’s global reputation as a leading centre of IP education which was underpinned by IBIL’s extensive activities. He thanked Sir Robin for “the extraordinary contribution he continues to make”, ensuring that UCL remains at the heart of the exchange of ideas in IP law, policy and practice.

During the main event, Daniel posed a series of wide-ranging questions, including some submitted by members of the audience, which revealed more about the various stages of Sir Robin’s illustrious career: his route into law (his second choice, following dashed aspirations of becoming a Nobel Prize-winning physicist); those who had been most influential (his father, Sir Jack Jacob, a leading expert in the field of Civil Procedure; Thomas Blanco White, his former Head of Chambers; Tom Bingham, later to become Senior Law Lord; and Sir Hugh Laddie); the importance of having fun at work (“I’ve loved every job I’ve had, from being a junior junior to what I’m doing now”); his most important case while at the IP Bar (Norwich Pharmacal); the decision he got wrong (Conor v Angiotech) and his students (“This year’s class [of UCL IP students]… have been brilliant. … the best year I’ve seen of the 10 years that I’ve been at UCL.”)

The second part of the event was a birthday “surprise” for Sir Robin: a special film of  messages recorded by representatives of various branches of the global IP fraternity. The participants, representing the academy, the judiciary, the IP offices and students  were: 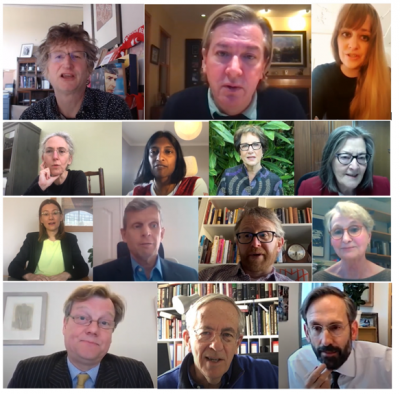 The tributes echoed with some common themes: Sir Robin’s “inspiring, infectious energy”, his great sense of fun, his generosity and supportive nature, and of course, the enduring legacy of his many influential decisions “always clear and direct, always memorable, always entertaining.” The event was brought to a close by a specially-commissioned song in the form of a sea shanty, courtesy of Kilburn & Strode’s “Salty Dogs” and a final birthday toast from one of the newest IP judges of the IP Bench, Mr Justice Meade.