World IP Day, Life on the IP Bench and Other Things: A Conversation with Professor Sir Robin Jacob 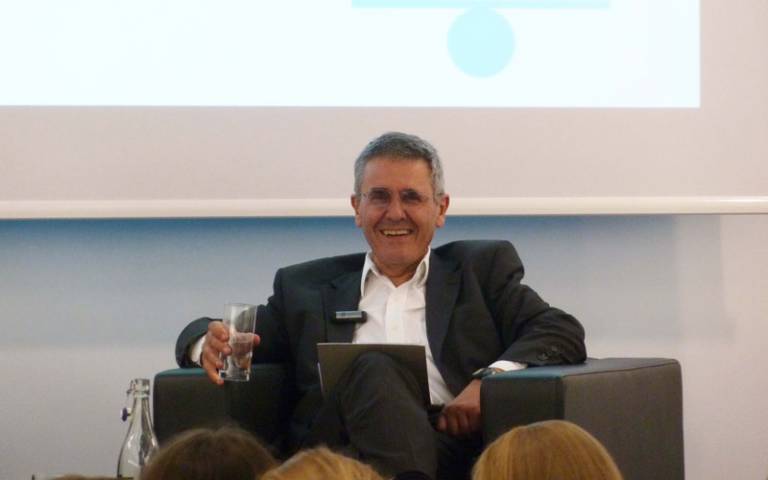 A UCL IBIL event in association with 8 New Square Chambers

and a special film including messages from:

In this special World IP Day event, IBIL welcomes you to join Daniel Alexander in discussion with the Professor Sir Robin Jacob to mark Sir Robin’s contribution to IP law on the auspicious occasion of his 80th birthday.

Sir Robin needs little introduction. Having enjoyed a distinguished career spanning 40 years as a leading member of the IP Bar, a High Court Judge and then a judge in the Court of Appeal of England and Wales, he has left an indelible mark on IP laws in the UK and influenced the law’s development in Europe and beyond.

On retirement from the bench, Sir Robin joined UCL Laws ten years ago as the Sir Hugh Laddie Professor of Intellectual Law. It has not been a restful retirement! As Director of the Institute of Brand and Innovation (IBIL), Sir Robin oversees the Institute’s numerous public engagement events, while also being active in the research and teaching activities of the Faculty of Laws. This year, for instance, he has published an article on the contentious topic of ‘plausibility’ in patent law, coached the UCL IP Moot team and participated in undergraduate and post-graduate online IP classes. He also receives regular invitations to give lectures and keynote speeches around the world, is consulted on IP matters by the European Commission and the UK government and serves as President of the Intellectual Property Judges’ Association. In 2018, Sir Robin was sworn in as a judge at the new Astana International Financial Centre court in Kazakhstan, and until the UK withdrew from the project, he chaired the Advisory Panel on the Selection and Training of Judges for the (hopefully still) forthcoming Unitary Patent Court.

Join us in this celebration, in which we will explore the many facets of Sir Robin’s illustrious IP career. Find out more about the specific challenges of the IP bench, the intersection of procedure and substance in IP, and other things.

In 2000, the World Intellectual Property Office (WIPO) designated 26 April – the day on which the WIPO Convention came into force in 1970 – as World IP Day. It aims to increase the general understanding of IP by offering a unique opportunity every year to join with others around the globe to celebrate the world's inventors and creators and to reflect on the many ways IP shapes our lives, by contributing to the success of the global music and arts scene and by driving the technological innovation that helps shape our world.

Watch the recording of the event