Baroness Hale of Richmond, former President of the Supreme Court, has joined UCL Faculty of Laws as a Honorary Professor. 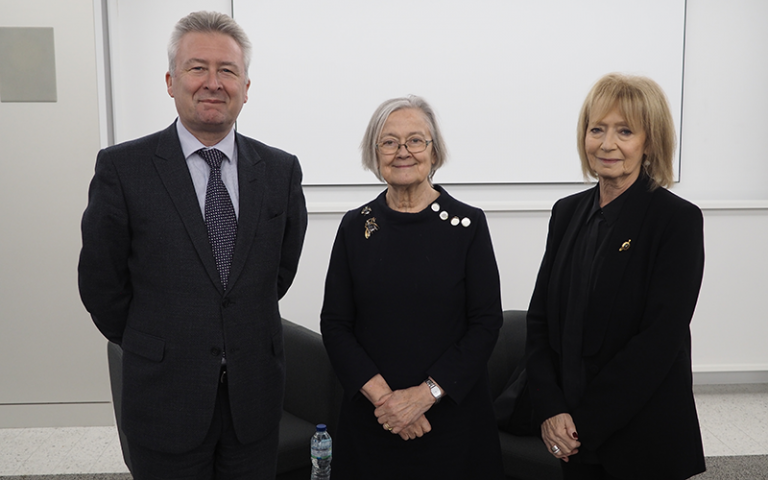 On 15th January, Baroness Hale was welcomed to UCL Faculty of Laws at an ‘In Conversation’ event with Professor Dame Hazel Genn, Professor of Socio-Legal Studies at UCL Laws and Director of the UCL Centre for Access to Justice.

UCL Laws staff and PhD students gathered at Bentham House to hear the discussion, which covered topics such as Lady Hale’s career – including her time as President of the Supreme Court and her proudest achievements. The event began with an introduction by Professor Piet Eeckhout, Dean of UCL Laws; and Professor Steven Vaughan, Professor of Law and Professional Ethics at UCL Laws. The conversation was followed by a question and answer session.

As a Honorary Professor at UCL, Lady Hale will play a part in research, teaching, and public engagement in the Faculty of Laws, particularly in her areas of interest such as women’s rights, access to justice, and the rule of law.