The UCL Centre for Law, Economics and Society (UCL CLES) co-organised a workshop with Peking University, on the topic of digital platforms. 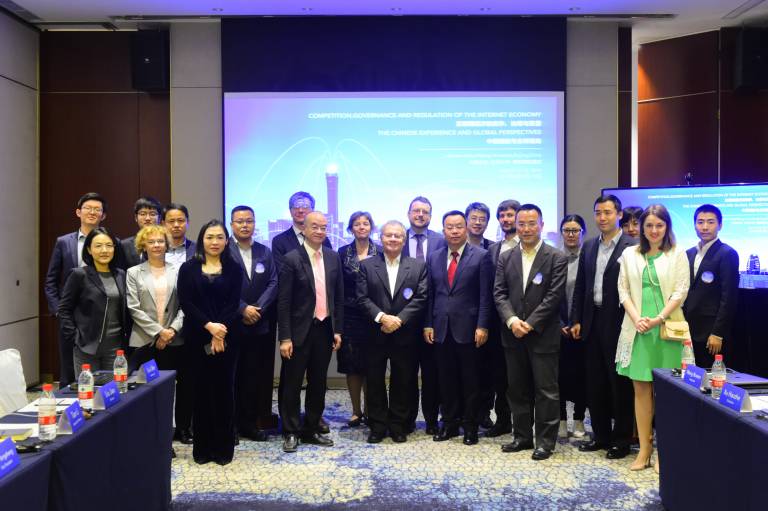 UCL CLES co-organised a high level by invitation only workshop in collaboration with Peking University e-Commerce Centre and the Internet Competition Policy 30-member Forum on April 17-18, 2019 in Beijing on the topic of 'Competition, Governance and Regulation of the Internet Economy: the Chinese and Global Perspectives' with the participation of the top scholars in China on competition policy and the digital economy, officials and representatives of the biggest Chinese digital platforms.

The workshop forms part of CLES' ongoing research work on digital capitalism and of a cooperative project between UCL CLES and Peking University on the governance of digital platforms: comparative insights. This research project has been generously funded by the UCL Global Public Engagement fund.

The workshop was co-organised by Professor Ioannis Lianos from UCL CLES, Professor Jun Xue from Peking University and Mr. Bowen Wang, an alumnus of UCL (LL.M. 2017) and a very bright competition lawyer practising in a major law firm in China. 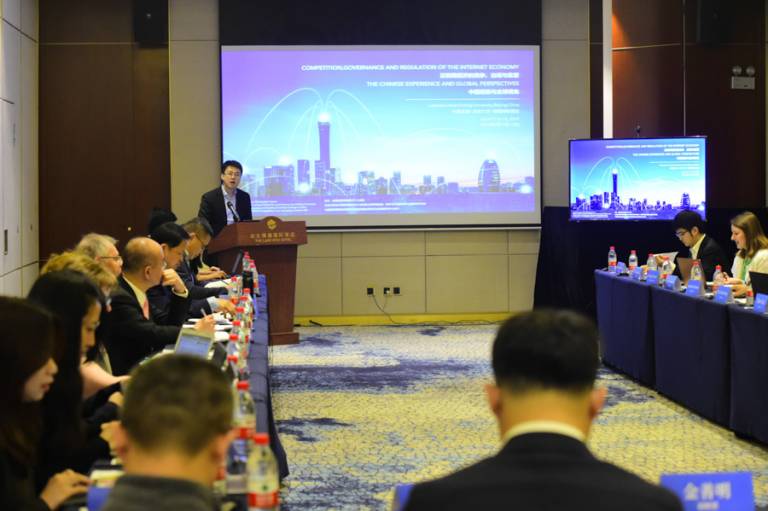 The first roundtable of the conference provided a very insightful introduction to the institutional, business and economic environment that led to the emergence of digital platforms in China and in particular the Chinese experience of boosting the internet economy through different forms of state intervention, as well as its side effects. In particular, the attendees benefited from presentations from representatives from the major Chinese digital platforms.

The second roundtable examined the various legal instruments regulating the internet economy in China, especially in light of the recently promulgated Chinese e-Commerce Law. It explored the role of antitrust in regulating the platform economy and the implications of the establishment of 'Internet courts' in China, as centralised jurisdictions on internet related cases.

The third roundtable delved into antitrust issues by examining the exploitative conducts adopted by platforms leading to the imminent detriment of consumers, in particular personalized pricing to harvest unfair mark-ups. The roundtable also discussed the need to regulate algorithms, as it is key to restore the market competition and to protect consumer welfare.

Continuing the focus on antitrust, the fourth roundtable focused on exclusionary conducts adopted by internet companies. A few examples were discussed, such as Chinese cases where digital companies blocked competitors (not necessarily in the narrow sense), or forced suppliers to enter into exclusive arrangements. This roundtable also touched upon the conflict-of-interest issue which is allegedly commonly seen in many e-platforms, i.e., to leverage the resources, data, knowledge obtained from the platform in order to benefit the platform’s own business.

The fifth roundtable moved outside the area of antitrust and focused on the basic issues of data protection and merger regulation. It explored the challenges data mergers set to the jurisdictional criteria for merger control (e.g. should we adopt value of the deal or data thresholds and abandon turnover thresholds?), but also substantive merger assessment (what type of theories of harm have been used in Chinese merger control? Are innovation effects considered? Are markets local rather than global in view of the Digital Wall? How are efficiencies considered?).

The final roundtable examined the different contracts or other relations linking digital platforms with the businesses that are active in their ecosystems and the strategies of 'enveloping' they usually employ in order to leverage their power and control their value chain, especially the platform’s power to make rules and internal policies which have significant impacts on the other stakeholders doing business on or with the platform. The effect of such “private governance” may be double-edged. On the one hand, consumers and other companies benefit from the efficiency, quality, convenience and platform brand image. Some businesses however also feel that the digital platforms are unfairly capturing most of the surplus value generated by the value chain and they require some form of regulation.

Although the workshop focused on the situation in China, the EU and US examples also shed light on the various options offered.

The discussion will be continued in a second workshop in theseUCL CLES and Peking University series, which will be organised in London during 2019-2020.

To find out more, click here for the event page. 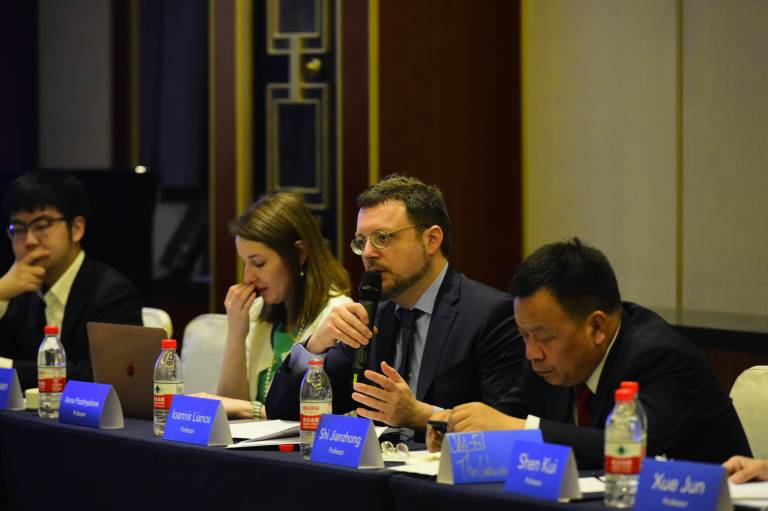