Sara Razai was invited to participate in the UN-ESCWA Expert Group Meeting in as a result of her PhD research on the role and significance of judges in the Arab region. 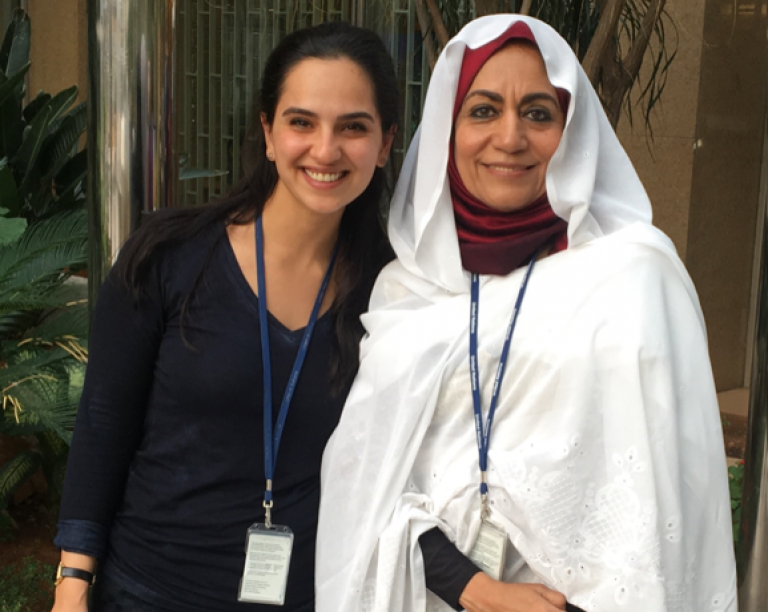 Sara was part of Consultative Expert Group which consisted of experts and stakeholders from the region (women judges, gender specialists, academics and NGOs). Based on their individual expertise, the group were asked to provide inputs of the draft study and to provide concrete policy recommendations to Arab Member States.

Sara’s role was to provide input on the formal and informal barriers found within the legal system which may bar more women from entering the judiciary. The report and the policy recommendations will be available to the public early next year.

Sara’s thesis is an empirical study that explores the institutional, functional and behavioural aspects of judiciaries and judges in the Arab Middle East. The aim of this research is to advance academic knowledge of Middle Eastern law and society from an inter-disciplinary approach. As part of her research, Sara surveyed judges from six countries in the region, exploring their judicial role conceptions  experiences and attitudes to law and the public. This is believed to be the first-ever survey of Arab judges to explore these issues.

The findings from the research have enabled those interested in the region to understand the values, attitudes and significance of judges in the Arab region, which led to Sara’s invitation to Beirut.

"I hope that my research will help to further intercultural dialogue and increase understanding of the justice sectors in the Arab region. As a result of my PhD studies at UCL, I’ve been able to use my findings beyond academia and equip policy-makers with solid and evidence-based knowledge about judges and courts in the region."