The Bentham Project part of UCL exhibition What Does It Mean to be Human? Curating Heads at UCL 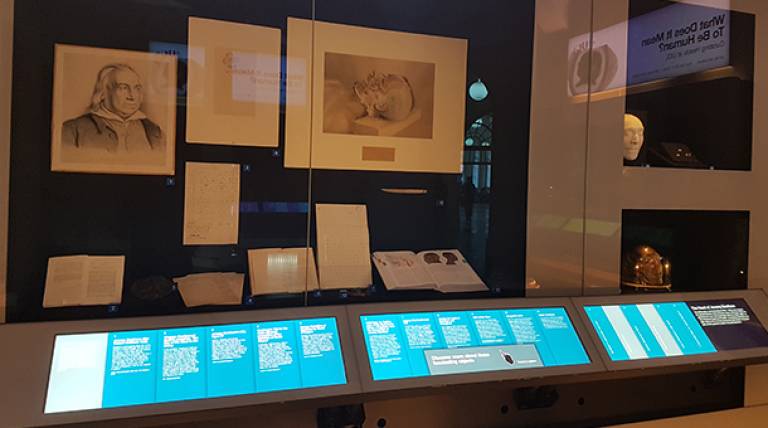 Research and items from the Bentham Project, UCL Faculty of Laws, are part of a challenging new exhibition which opens on 2 October 2017 in the Octagon Gallery.

What Does It Mean to be Human? Curating Heads at UCL exhibits, for the first time in decades, the preserved head of Jeremy Bentham, alongside the results of the use of cutting-edge scientific techniques to attempt to extract and sequence his DNA.

The exhibition, based on material from across UCL’s collections, seeks to examine the power of human remains to generate debate and critical reflection, and explore issues in archaeology, history, philosophy of science, evolutionary science, and ancient DNA research.

Featuring alongside Bentham’s head are original manuscripts and other items:

– Bentham’s will of 1769 when, aged 21, he had already considered the utility of the body and asked for his remains to be left to medical science

– A copy of Bentham’s last will and testament of 1832, requesting that his body be publicly dissected, and the skeleton reassembled into the auto-icon

– The manuscript of Bentham’s ‘Body Supply Bill’ of 1826, a piece of draft legislation which he hoped would address the then pressing issue of a shortage of corpses for dissection, and put a stop to grave-robbing

– A copy of Bentham’s Auto-Icon; or the Father Uses of the Dead to the Living (1842) in which Bentham discusses how the dead might best benefit the living by being preserved as auto-icons

– A cast of a bronze medallion of Bentham by the renowned sculptor, David D’Angers, dating from 1828-9

– Three of the mourning rings which Bentham left to his friends upon his death, including the one which belonged to the other great utilitarian philosopher, John Stuart Mill, and which was purchased from a New Orleans jeweller by Mr Michael Philliips, an alumnus of UCL Laws 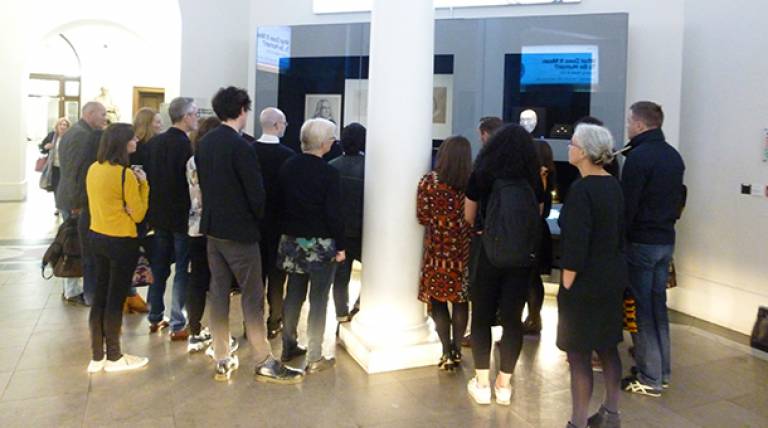 A series of public events will be held throughout the duration of the exhibition, the last of which, on 15 February 2018, will be ‘A Wake for Jeremy Bentham’, marking both the 270th anniversary of Bentham’s birth, and of his auto-icon going on loan for several months to the Metropolitan Museum of Art in New York, where it will be part of a major exhibition on the human body.

The exhibition runs from 2 October 2017 to 28 February 2018, at the Octagon Gallery, Wilkins Building, UCL.

Find out more about the exhibition