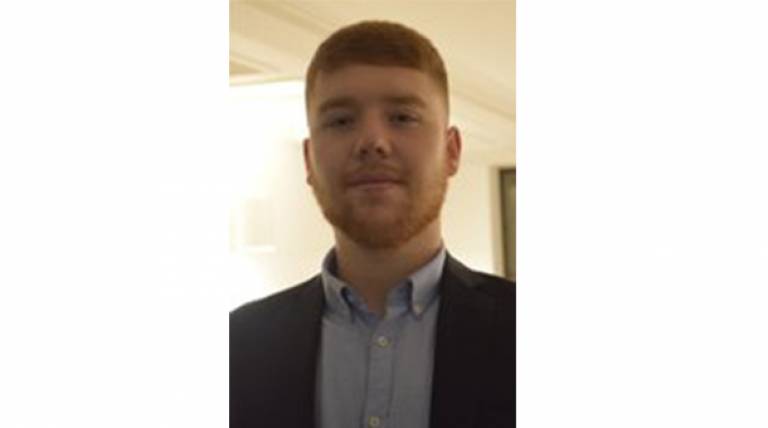 Oliver Tidey, first year LLB Law student at UCL Faculty of Laws, has been shortlisted for ‘The First Year of the Year Award’, a competition open to any undergraduate students with an interest in banking as a future career in partnership with Barclays.

Undergraduate of the Year Awards is organised by TARGETjobs. More than 3500 students from over 130 different universities entered this year’s competition.

The eventual winner was announced at the Awards ceremony held on 21 April at the East Wintergarden, Canary Wharf.

‘I entered the competition because I am interested in pursuing a career in either the legal or financial sector, and I thought that as the award was sponsored by Barclays it would be a great insight into the different work-streams available with the firm. I also thought it would be a good challenge in itself to see if I could get through to the final.

To enter the competition, I had to complete an online application form. I attached my CV to the online form and also answered questions relating to relevant experiences and extra-curricular activities, my academic performance to date, my motivations for applying to the award, the risks and opportunities facing the financial industry now and in the foreseeable future, as well as how I would spend my time with Barclays’ CEO, Jes Staley.

After successfully completing the application form, I was later informed that I did not need to be screened for interview as the interview panel were sufficiently impressed with my application. I then received correspondence relating to the Grand Final at the East Wintergarden, Canary Wharf.’

Oliver is planning to apply for the UCL Law with Another Legal System programme in Sydney and hopes to study in Australia for a year commencing in September 2018.

‘My best memory at UCL Laws has undoubtedly been the Freshers’ trip to France prior to the first week of the first term. It was great to spend time with other first year students as well as the Law Society Committee, and it is a day that I will remember for years to come.’