Climate Change and the Rule of Law: A Case Typology 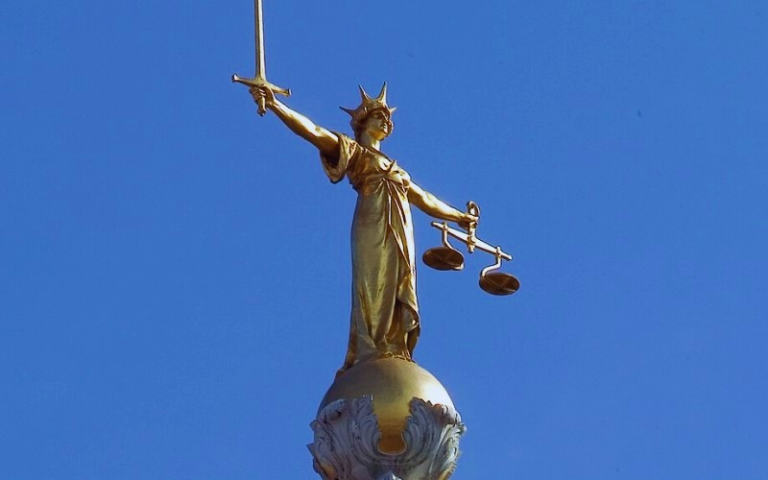 The relationship between climate change and the rule of law is a complex one, particularly when it comes to how governments or civil society respond to climate change. To illustrate this complexity, I map the terrain through a descriptive typology. When discussing ‘climate change’, I am referring to climate change action taken by governments, courts or social movement actors within their nation states. This may be pro-climate action, or anti-climate action. The ‘rule of law’ refers to government according to the law, with the certainty that provides, as opposed to the whimsical ‘rule of man’ and the arbitrary power implied there. Table 1 categorises the status of the rule of law in a country as ‘strong’ or ‘weak’.

Table 1: Relationship between climate change and the rule of law

Looking at Table 1, we can place case examples into each of the four boxes of the 2x2 Table. In doing so, there may be disagreement as to which box of the Table a case belongs. The Table thus illustrates that, in thinking about the rule of law and climate action, different actors and commentators are likely to be approaching the matter with differing conceptions of the rule of law. That is the source of potential disagreement, which may have significant consequences for political debate as much as legal analysis.

Take the famous Urgenda case – according to the Netherlands Supreme Court’s judgment, this case belongs squarely in Box A in Table 1. This is because the Court found that, although “the decision-making on greenhouse gas emissions belongs to the government and parliament” who have “a large degree of discretion to make the political considerations that are necessary in this regard,” it is nevertheless “up to the courts to decide whether, in taking their decisions, the government and parliament have remained within the limits of the law by which they are bound”. This mandate of the courts “to offer legal protection, even against the government”, was held by the Court to be “an essential component of a democratic state under the rule of law.” By contrast, those who criticise the Urgenda judgment portray it as an example of judicial over-reach, where the courts, in the service of pro-climate action, are stepping outside the rule of law into the realm of judicial politics. They would place the case into Box C.

Another type of case often suggested to belong in Box C arises where governments take decisions to phase out fossil fuel power stations more rapidly than previously planned and face claims by companies confronted with considerable financial loss because of the accelerated decarbonisation push. The latter are inclined to argue that the rule of law requires legal certainty and that sudden changes of policy – even on urgent environmental grounds – go against that.

A further Box C type of case can be found where climate protestors use the necessity defence to justify breaking the law when prosecuted for criminal law offences committed as part of their climate activism. They are taking pro-climate action as social movement actors, but the courts have tended to view a liberal recourse to such defences as a threat to the rule of law. The same is true of judicial review cases where those arguing for a pro-climate position (e.g. against planning decisions authorising fracking) have suggested that planning decision-makers should take into account the cost of protest: English courts have also regarded this as a threat to the rule of law.

All of the Box C examples so far have concerned ‘pro-climate action that produces weak rule of law’. What of ‘weak rule of law that threatens pro-climate action’? The obvious case example here is of a state with weak rule of law standards – typically in the hands of a right-wing populist government or dictatorship – which carries out extra-judicial killings or harassment of climate defenders working legitimately within their territory. Another example would be poor enforcement of climate laws due to a lack of regulatory capacity in a country, weak judicial oversight, or corruption in the enforcement system. As a result, pro-climate action that may exist on the books does not see the light of day in practice.

However, it is also conceivable that weak rule of law enforcement may in fact serve to protect the climate, as in Box D. Consider, for example, a climate sceptic populist leader who tries to implement a raft of climate unfriendly laws, but weak rule of law enforcement arrangements mean that they do not damage the climate as much as they might have done.

Finally, there is Box B. The US climate policy position under former president Trump is an obvious example here. As a committed climate sceptic, he may have wanted to roll back US climate laws, but because the US has a strong rule of law system with numerous checks and balances in place which could be enforced in the courts, he was ultimately prevented from taking some damaging action.

In short, climate action and the rule of law are complex bedfellows. Mapping the terrain – and the perspectives at issue – is key to understanding what is at stake in legal terms as climate action is introduced, debated and challenged, particularly through the courts.