Revisiting the rule of law in the climate crisis: legal bedrock or legal luxury? 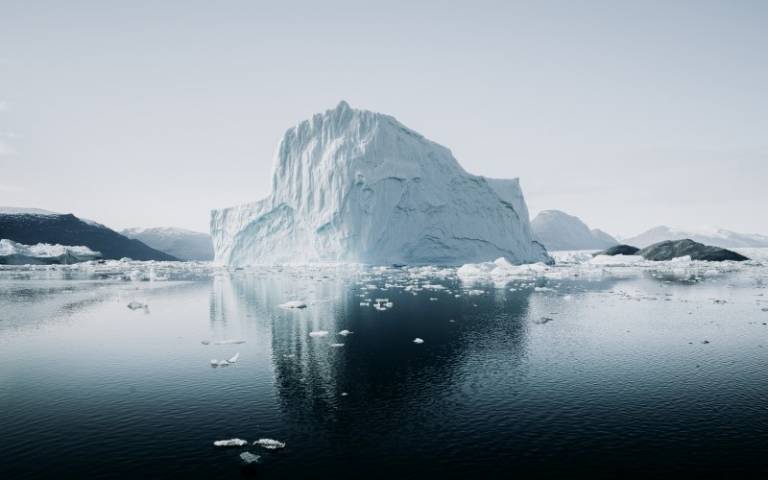 Climate change law is everywhere – in courtrooms, in international treaty negotiations, in new climate legislation in countries around the world. However, this visibility of law in climate change policy and debates can be deceptive. Law is not purely instrumental. Law is its own institution and has deep normative foundations, perhaps most centrally in the idea of the rule of law. As climate law gets hotter, difficult questions about the rule of law are arising. In this blog series, the UCL Centre for Law and Environment invites contributors to reflect on emerging issues and relations between climate change and rule of law.

Activists and policy makers continue to turn to law to govern our response to climate change, for all of its failures so far. This is seen in high profile court cases such as Urgenda v The Netherlands and Juliana vs United States, which ask courts to demand stronger climate action by highly industrialised nations. It is also seen in capacity building work for stronger climate legislation. These legal campaigns have high symbolic value but are complex legal developments. This is because the whole-society challenge of climate change makes pervasive demands on law as an instrument of policy. Climate change is not only the concern of climate treaties, climate legislation and climate litigation, but also of broader legal frameworks on everything from land use, to pensions, to politics.

Climate change also poses deeper questions for the institution of law, and the role that law plays in society. These questions can be framed as ‘rule of law questions’. At its heart, the rule of law requires laws to be justly made and applied, and underlines the rules and conventions that open power to multiple voices and multiple visions of the future. Beyond this, the rule of law is a notion of varied and contested dimensions – from formalistic ideas about how laws are made and enforced to expansive aspirations about rights, transparency, participation and justice that legitimise legal obligations and political structures. It is also an idea that connotes social stability, acceptance of the political status quo, and acceptance of legal institutions in controlling governments and social relations.

These stable foundations are increasingly destabilised by climate change. As an essentially contested concept, debate about what rule of law is, is inevitable in this context. It has the potential to be oppressive or emancipatory, and there is a risk that legal institutions and fundamental rights are seen as luxuries (or burdens) we cannot afford in a time of crisis. There are difficult questions about the cost of the rule of law as the globe heats. We place the capacious and potentially dynamic concept of the of rule of law at the heart of these deeper legal questions that need addressing in climate law, for three reasons.

First, climate change intensifies risks to democratic rule of law values. Relentless expansion of the fire, flood, storms and drought that we are already seeing, will lead to a devastation that threatens our most precious institutions as well as homes and livelihoods. That is an adaptation problem; the scale and urgency of mitigation may in any event tempt some away from rule of law values. Doing ‘whatever it takes’ implies that rule of law constraints on power, and openness to multiple voices and multiple visions of the future, may no longer necessary, possible or desirable. This means that democratic political systems, supported by expansive rule of law ideals of justice and democratic governance, are under strain. Does climate trump law and democracy?

Second, rule of law constrains and justifies power, and opens the exercise of power to scrutiny and challenge. Rejection of these aspects of the rule of law is already all too visible. Sustaining ambitious mitigation programmes will be far harder in the absence of confidence that law will be consistently and meaningfully applied. Similarly, rule of law norms underscore legal rights for outsiders to engage with the creation and implementation of climate obligations, enhancing the accountability of powerful decision-makers.

Third, climate change prompts more detailed questions of our legal institutions. Where do responsibilities lie when the consequences of (in)action so dramatically span space and time? What kinds of legal obligations can justifiably be imposed through political and Parliamentary will? What roles should our various legal institutions play in deciding and reasoning about the strengths and weaknesses of climate action (or inaction)? What roles do and should the actors within our legal institutions (professional lawyers, judges, legislators and others) play in responding to climate change? Many of these questions concern what the ‘law’ is – or should be – as much as how it is developed. They also concern constitutional settlements between courts, parliaments and executives, which can be challenged by a crisis that demands urgent, existential action and which may inspire ambitious steps to be taken by one branch of the state. Existing – and often carefully calibrated – constitutional norms need to respond to climate change and its demands on the state.

Across at least these three dimensions, we see tensions and threats to the rule of law values in light of climate change. Framing those values and understanding what is at stake for the rule of law is a complex conceptual exercise, but is also important in examining the stability of our legal and political orders as planning for climate change intensifies, and as the environmental, social and political consequences of a changing climate unfold. The rule of law is an idea designed for just this kind of moment. ‘Rule of law’ has become short-hand for a host of processes, rights and institutional norms that are prized in political and social structures – legal clarity and certainty, just laws, predictable state law enforcement, accountability of decision-makers, equal and fair treatment before the law, independent judiciary, individual rights, open and inclusive government – and which are often taken for granted. There is no taking the rule of law for granted in the climate crisis. It is a concept that we need to revisit once again, and which has much important work to do in the context of climate change.