The rise of the obesity epidemic

Findings from an IOE investigation into the body mass index (BMI) of over 56,000 Britons across five generations has informed government policy.

Obesity presents a daunting public health challenge. Researchers from CLOSER, a consortium of leading UK longitudinal studies led by IOE, looked at the body mass index (BMI) of more than 56,000 people born in the UK from 1946 to 2001. They found that children born since 1990 are up to three times more likely than older generations to be overweight or obese by age 10.

Longitudinal studies follow the same group of people through time, capturing information on all aspects of their lives. The UK is home to the largest and longest running portfolio of longitudinal studies anywhere in the world, several of which are based at IOE. It is possible to track change across generations of Britons by comparing data both within and across studies.

This research is the first to track weight gain across multiple generations through much of their lives - from age 2 to 64 for the oldest participants.

Since 1946, every generation has been heavier than the previous one - and it is the most overweight people who are becoming even heavier.

The more of their lives people spend overweight or obese, the greater their risk of developing chronic health conditions such as coronary heart disease, type 2 diabetes, high blood pressure and arthritis. The obesity ‘epidemic’ is projected to cost the UK’s National Health Service £22.9 billion per year by 2050.

While other UCL research has shown that losing weight at any point in adulthood can help reduce the risk, this study indicates that the UK needs to target its public health interventions at younger and younger ages in order to stem the spread of the obesity epidemic. 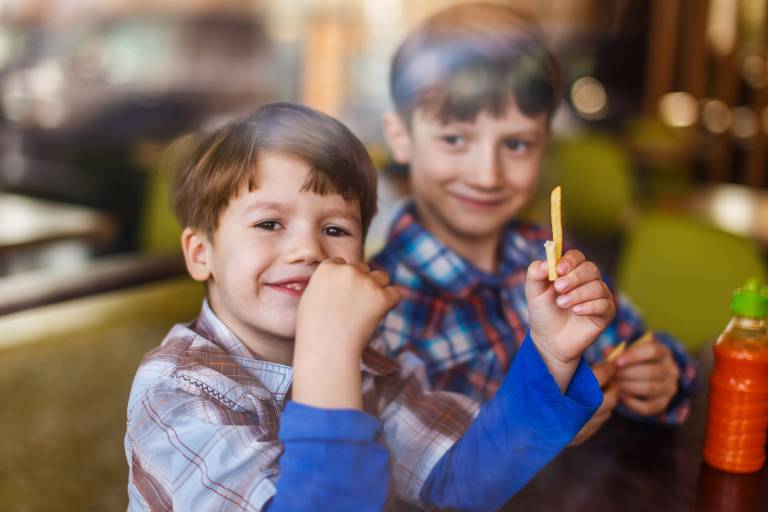 The obesity 'epidemic' is projected to cost the UK's National Health Service £22.9 billion per year by 2050.

The findings were cited in the Health & Social Care Information Centre’s Health Survey for England 2014 report, an influential report looking at changes in the health and lifestyles of people all over the country. They were also covered by NHS Choices, and subsequently taken up by Clinical Commissioning Groups, local Healthwatch groups and hospital trusts around the country.