‘They were just following orders’ 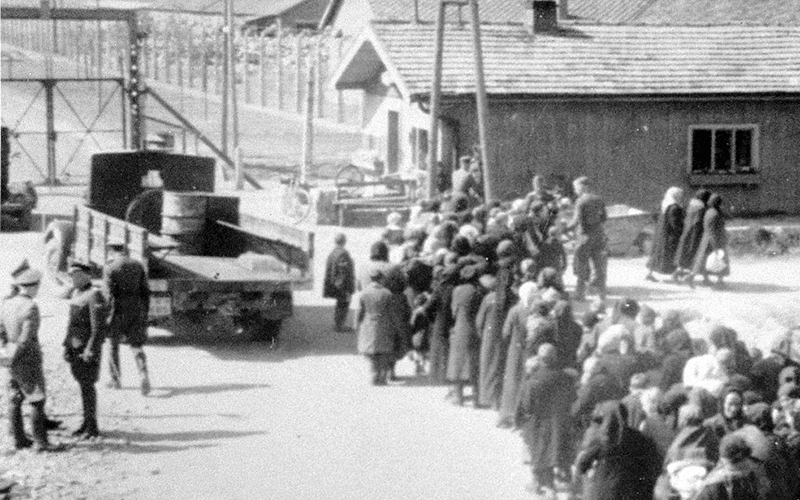 There is a need to draw a line between the leaders responsible and the people like me forced to serve as mere instruments in the hands of the leaders… I was not a responsible leader, and as such do not feel myself guilty.
— Adolf Eichmann, letter to Israeli President Yitzhak Ben-Zvi, 29 May 1962.

Eichmann was among the major organisers of the Holocaust, overseeing the mass deportation of Jews to ghettos and death camps during the Second World War (Yad Vashem, 2020). His letter was an appeal for clemency which was denied and two days later he hanged in an Israeli prison. Eichmann claimed he was just following orders and he and other low-level officers were ‘forced to be mere instruments’ transferring the responsibility for the deaths of millions to his superiors. In July 1961, at the same time Eichmann was on trial, a Yale University psychologist, Stanley Milgram, developed a series of social psychology experiments examining obedience to authority figures, explicitly linking this work to the Holocaust:

‘Obedience, as a determinant of behaviour, is of particular relevance to our time. It has been reliably established that from 1933-45 millions of innocent persons were systematically slaughtered on command. Gas chambers were built, death camps were guarded, daily quotas of corpses were produced with the same efficiency as the manufacture of appliances. These inhumane policies may have originated in the mind of a single person, but they could only be carried out on a massive scale if a very large number of persons obeyed orders.’

Milgram’s baseline experiment (1963) was framed as being about the effects of punishment on memory. Naïve participants were assigned the role of ‘teacher’ and had to administer electric shocks to another participant (‘the learner’) every time they gave an inaccurate answer on a learning task. With each inaccurate answer, the ‘teacher’ was told to increase the voltage of shock delivered. If a participant indicated they wanted to stop administering shocks, the experimenter told them to continue. The point of disobedience was indicated when the participant absolutely refused to continue with the experiment. Unbeknown to the ‘teachers’, the electric shocks were fake, and the ‘learner’ was actually an actor and associate of the experimenter. 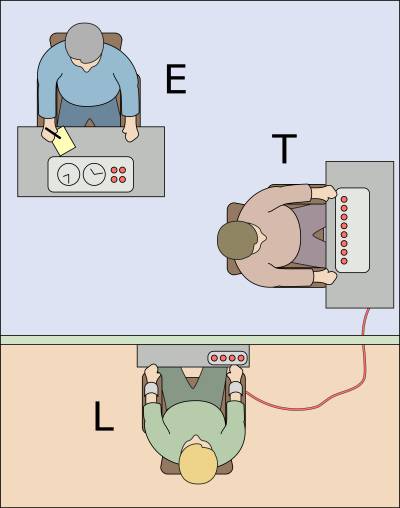 The people who participated in Milgram’s 1963 study (and his subsequent variations of the experiments) were volunteers and had answered an advert in a newspaper. Across the experiments, despite showing signs of tension, a high proportion of the ‘teachers’ delivered the electric shocks. In the 1963 study, 26 out of the 40 participants delivered the maximum voltage of 450 volts. Milgram argued for the role of the agentic state where a person no longer sees themselves as responsible for their actions, and instead views themselves as the instrument for carrying out another person's requests. The findings of his research have been used as evidence of obedience to authority from ordinary and unwilling people, and as such have been argued to provide an explanation for the actions of Nazis during the Holocaust. However, the experiments triggered accusations of unethical treatment of the participants and raised numerous concerns about the study methods he used. These and other attacks have led to the debate about the validity of the research for explaining the actions of the perpetrators during the Holocaust.

Milgram’s research remains amongst the most famous and significant ever conducted in social psychology.

In England, A-level psychology students typically learn about Milgram’s research as part of their understanding of social influence, and the topic has featured in exam questions, as well as being widely covered in textbooks. It is likely that when students learn about Milgram’s experiments, they also encounter historical information about the Holocaust – albeit to varying levels of depth and accuracy. For many, this will not be the first time they have learned about the Holocaust. The subject is a compulsory element of the Key Stage 3 history National Curriculum for England.

Despite this, a comprehensive study in 2016 by the UCL Centre for Holocaust Education, revealed students’ knowledge and understanding about the Holocaust can be limited, inaccurate and include many misconceptions.

To investigate what A-level psychology students knew about Milgram’s research and the extent to which they linked his experiments to their knowledge and understanding of the Holocaust, an exploratory study was conducted by researcher, Dr Rebecca Hale, based in the UCL Centre for Holocaust Education. She conducted focus groups with 47 A-level psychology students (aged 16-18 years old) in five schools across England.

I think it’s more of a fear thing to be honest. I have faith that they were more human than that. I’m not sympathising with Nazis, I’m sympathising with the German soldiers who were forced to do things, some of the things they did.

What does this mean for teachers and students?

While this study was small scale and based on a specific group (A-level psychology students), there are important considerations for what is taught about Milgram’s experiments and the nature and accuracy of teaching of the Holocaust and the link between both. Milgram’s research is well known in popular culture. The opinions formed about perpetrators of the Holocaust in the research could be indicative of views held by others familiar to Milgram’s work. However, surmising that genocide occurred because those responsible feared for their own lives is a severe distortion of what happened. It provides a means to exonerate the perpetrators and overlooks the complex interchange of factors that historians and psychologists have argued contributed to the Holocaust. These include:

This research is not a criticism of psychology students or their teachers. The Holocaust is a challenging and complex subject to teach and learn about. Report author and Senior Research Associate, Dr Rebecca Hale:

“Many psychology students are familiar with Milgram's experiments and his motivations to draw on the results to help understand perpetrators' behaviour during the Holocaust. However, the experiments can never replicate the complex interplay of factors that contributed to the Holocaust, and can reinforce ubiquitous misconceptions in public debate that Holocaust perpetrators acted out of fear and would be shot if they refused to obey an order to kill a Jewish person. This highlights the importance of young people receiving high quality Holocaust education, and this is something the UCL Centre for Holocaust Education can support through its free innovative research informed professional development programme and resources for teachers.”