How we can change the way we think and what we do to improve engagement. 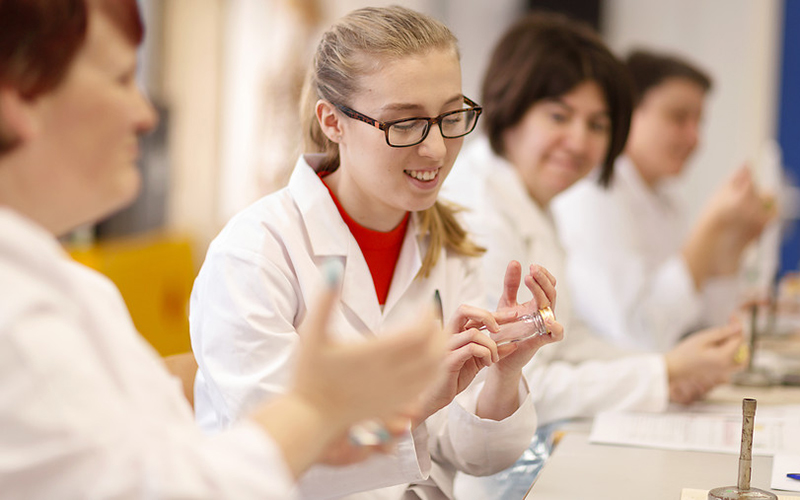 Participation in STEM (Science, Technology, Engineering and Mathematics) is widely recognised as being highly important for national economic competitiveness, greater upward social mobility and active citizenship. There is a strongly held belief that our future economy and workforce will need more, and more diverse, young people to continue with STEM post-16.

However, despite extensive investment by governments in the cause of attracting more young people to STEM subjects and careers, patterns in participation have remained stubbornly resistant to change.

The ASPIRES2 research, conducted at IOE, sought to generate new understandings of how and why young people come to see science as being ‘for me’, or not, with the goal of supporting more effective approaches to increasing and widening participation in STEM.

ASPIRES2, conducted 2014-2019, was a large, national mixed methods project that investigated young people’s science and career aspirations from the age of 14 through to 19. It surveyed 40,000 young people and conducted 650 in-depth interviews. The study, led by Professor Louise Archer, extended previous research, the ASPIRES project, conducted with the same cohort of young people at age 10 to 14.

The study provides an authoritative source of evidence on how young people view science (and STEM) and how these views change over time. In the process, it offers valuable insights into the variety of factors that combine to shape a young person’s likelihood of pursuing science and why existing efforts to build interest have had such limited impact. Its recommendations, re-frame the problem and the remedies. 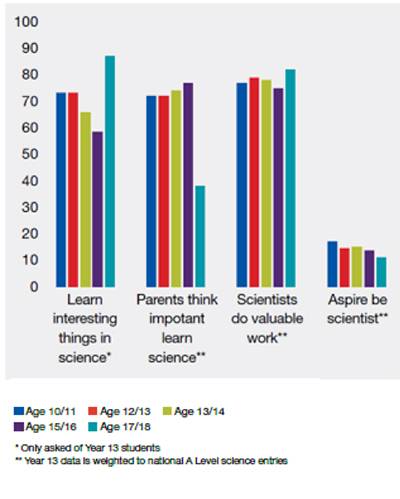 In highlighting how inequalities, rather than lack of interest in STEM subjects per se, are driving disengagement from science, the research findings signal the need to re-focus engagement efforts on ameliorating those inequalities. This requires a change of mind-set and of action, as set out below. 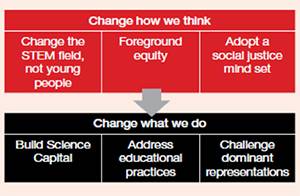 [Fig 2] Overview of recommendations for policy and practice: changing how we think and what we do.

Changing how we think

To date, society has tended to regard lack of engagement with science as resting with the individual. Existing efforts to engage young people have focused on ‘exciting, informing and inspiring’, in a way that reinforces the onus on the individual to change. This perpetuates elitism and inequities in access to STEM, as well as wasted talent.

Foregrounding equity and social justice requires a very different approach. The starting point needs to be an acknowledgement of how structural and systemic inequalities impact a young person’s opportunities, aspirations and self-identity in science. A commitment to changing the field (e.g. science and educational institutions, practices, systems) rather than young people, needs to sit at the heart of STEM education policy and practice in order to drive more equitable and informed approaches.

Changing what we do

To act on these changes means:

The impact so far

These challenges as set out by the ASPIRES/ASPIRES2 research are helping to bring about a shift in mind-set within the STEM community.

Based on the findings outlined above, and the team’s further study, Enterprising Science, the ASPIRES2 team went on to develop the Science Capital Teaching Approach (SCTA). The accompanying SCTA Handbook (2), developed with 43 secondary science teachers, provides practical examples and tools for adapting lesson plans and activities to cultivate students’ science capital. It is a free resource available in English and Welsh.

Since its launch in 2017, the handbook has been implemented in over 18 countries, most notably the UK, the US, Spain, Scandinavia and Australia. To date, over 4,000 teachers have so far engaged with the handbook. The Institute of Physics has trained their regional coordinators in the approach in order to cascade it to primary and secondary physics teachers nationally, and a new UCL/ KCL project is developing the approach for the primary sector.

Evidence from two trials of the use of the handbook showed significant increases in student science capital, as well as greater interest in studying science at A-level and more positive attitudes to science.

The ASPIRES research has also influenced government strategies in New Zealand, Norway and Malta. Science capital is now a criterion within the Primary Science Quality Mark, which reaches 240,000 children and 9,000 teachers annually, across and now beyond the UK. The Scottish government’s new STEM Education strategy, which includes funding a network of ‘STEM Regional Officers’ and ‘Gender Balance Officers’ was also informed by the SCTA. Capacity is also being built within the informal science learning sector through the Science Museum/Association of Science and Discovery Centres two-year ‘Science Capital in practice’ programme, which supports 12 national science centres to embed the approach in their practice.

In recognition of this work, the ASPIRES2 team was awarded the British Educational Research Association 2018 prize for Impact and Public Engagement, and the 2019 Economic and Social Research Council Panel’s Choice award for impact.

Our work in this area continues through the new ASPIRES3 project (which will continue tracking of the ASPIRES cohort from age 20-23), development of the science capital teaching approach in primary, and two projects addressing equity in informal STEM learning settings. To learn more, find out how you might get involved, and/or to find out how you might embed a science capital approach within your own policy and practice, please get in touch at ioe.aspires2@ucl.ac.uk.