A key UK policy goal is closing the gap between disadvantaged pupils and their more affluent peers, and to ensure that all pupils have access to high quality state education, regardless of background. 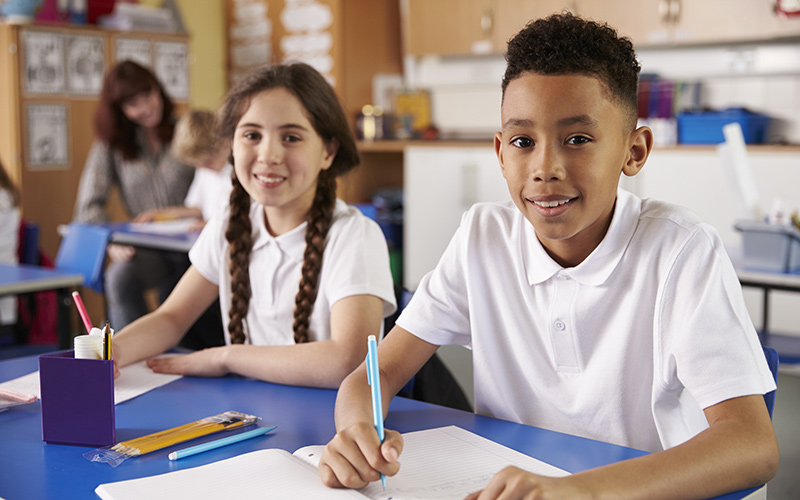 Research suggests that the way in which we group pupils in schools may have a role to play here.

What is referred to in the US as ‘tracking’ – separating and directing pupils down different educational routes according to perceived ‘ability’¹ – may be between schools, via pre-selection into different institutions, or within schools, via practices such as streaming and/or setting². In the UK, international data³ suggest 99 per cent of secondary pupils attend schools which operate systems of grouping by attainment.

Yet longstanding research evidence shows that setting or streaming are not effective ways of raising attainment for most pupils, and that low attainers do relatively worse when in low attainment groups compared to mixed attainment classes.

However, there has been little research on the composition of effective mixed attainment practice, or on efforts to improve equity within attainment grouping. Existing research also appeared to have had little effect on practice.

Hence we set out to explore ‘Best Practice in Grouping Students’ – a double randomised control trial study investigating specifically whether a ‘soft’ form of attainment grouping prevalent in English secondary schools, setting, could be made more equitable via an intervention based on prior research findings; and documenting aspects of successful principles in mixed attainment practice.

Our large-scale, longitudinal project⁴ was funded by the Education Endowment Foundation. The research’s first strand, ‘Best Practice in Setting’, investigated setting across 126 schools with 24,742 pupils in Years 7-8. This aimed to improve and evaluate the educational attainment and self-confidence of pupils placed in attainment groups for maths or English by preventing poor practices.

The second research strand, ‘Best Practice in Mixed Attainment’, was a pilot study across 13 schools with 2,107 Year 7-8 pupils. It investigated the impact of mixed attainment teaching and grouping on pupil attainment and self-confidence, and what constitutes good mixed attainment practice.

What we have found is disturbing ongoing evidence of inequality of resource and outcomes. We have found that the power of self-fulfilling prophecy that is precipitated by attainment grouping, coupled with practical issues that impede schools from effectively improving equity issues, prevent improved outcomes. Overall there was no improvement in pupil outcomes through the intervention⁵, and we found persistent trends of inequality in outcome wherein higher attainers benefit and lower attainers lose out. Given the demographic trends for attainment groups, our findings, reported below, provide illuminating evidence on the ‘double disadvantage’ that pupils from disadvantaged (and certain BAME) backgrounds are facing via subjection to placement in low attainment groups. From a policy perspective these findings demand close attention, given they a) provide insight into a cause of the attainment gap, and b) show that pupils are not being provided with equitable high quality provision (and hence, life chances).

Placement in sets is inequitable.

As with prior studies, we found that young people from low socio-economic status backgrounds, and from certain minority ethnic groups, were over-represented in low attainment groups in our school sample. This shows how attainment grouping leads to social segregation within schools. On top of this, we found that set allocation is unjust: a third of pupils in the ‘business as usual’ control group schools were allocated to sets that would not have been predicted based on their Key Stage 2 SAT test results. Unlike many prior studies, we did not identify trends of misallocation according to pupil socio-economic background, but we did find strong trends in relation to gender and (especially) ethnicity. For example, Black pupils were 2.5 times more likely than White pupils to be misallocated down one or more sets for maths, while Asian heritage pupils were 1.7 times more likely to be misallocated in this way. These misallocation patterns appear to illustrate longstanding discriminatory stereotypes about particular pupil groups, reflected in allocation bias⁶.

We found a slight trend for top and middle sets to be taught by more subject-specialist teachers than bottom sets, and evidence of differences in pedagogy and expectation applied to pupils in different sets⁹. Pupils felt that teachers were stricter and more demanding with pupils in higher groups, reflecting higher expectations; while pupils often characterised lower groups as being ‘babied’ with dumbed down pedagogy and curriculum¹⁰.

Improving equity in setting practice may be theoretically possible, but is difficult in practice.

Schools struggled to comply with all the requirements of our ‘Best Practice in Setting’ intervention for a range of reasons, including practical ones such as timetabling arrangements¹¹. But additionally, it appears from our findings on pupil self-confidence that the impact of self-fulfilling prophecy (i.e. labelling through attainment grouping and its impact) could in any case undermine outcomes.

Mixed attainment grouping addresses many of these issues, but is not a panacea.

Working with schools succeeding with mixed attainment grouping, we have identified various elements of pedagogy and conditions that support successful practice¹². This represents a strong contribution to a topic that is presently under-researched. Although low attainers were significantly more likely to prefer mixed attainment to setting, and there was broad support for mixed attainment practice among pupils experiencing it, some pupils across attainment levels were ambivalent about the approach, and that this was especially true for middle attainers¹³. Further robust research and resources for teachers must be provided if we are to encourage teachers to move towards mixed attainment practice.

1 We do not ascribe to a view of ‘ability’ as fixed, hence our adoption of inverted commas.

2 There is a complex diversity of forms, often overlaying one another in practice; and a continuum between ‘hard’ and ‘soft’/flexible forms of segregation by attainment (see Francis et al, 2020, for full discussion).

15 Effective and impactful change will be teacher-led, and these professional conversations will be vital to that end – whether conducted through professional associations and networks, unions, subject associations, social media, or individual class and staffrooms. In order to facilitate collective reflection, we have instigated a ‘pledge’ at our ‘Best Practice in Grouping Students’ webpage, wherein educators can commit to engaging professional conversations about attainment grouping and its impact, and what improvements might be made in their own school contexts.

16 The 95% confidence intervals were calculated using the standard errors of the regression coefficient and transformed into an effect size to produce the upper and lower bounds of the effect size from the model.

Francis, B. Craig, N., Hodgen, J., Taylor, B., Tereshchenko, A., Connolly, P. & Archer, L. (under review) The impact of tracking by attainment on pupil self-confidence over time: demonstrating the accumulative impact of self-fulfilling prophecy, British Journal of Sociology of Education.