The UK government has extended coverage for free school meals to children whose families have no recourse to public funds, following work in 2019 by undergraduate students from IOE, UCL’s Faculty of Education and Society. 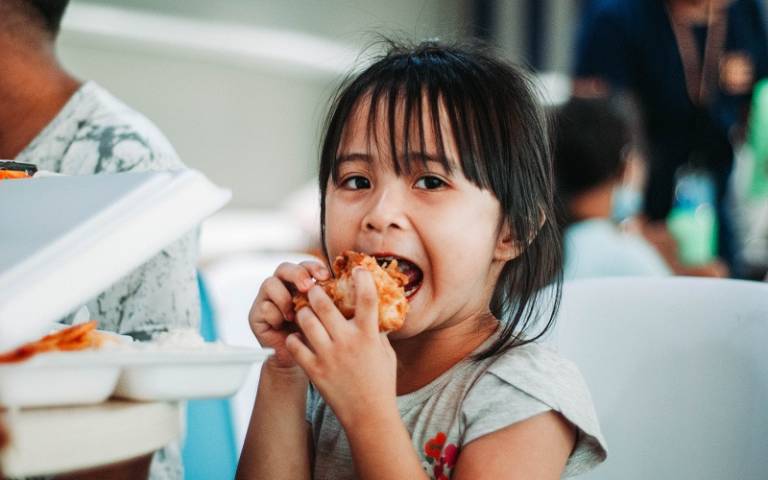 Having no recourse to public funds means that individuals and their families are restricted from welfare support. This has previously meant that children from some families without citizenship or settled status in the UK have been unable to access free school meals, regardless of the children’s immigration status.

In 2019, IOE students on the Education Studies BA worked with Citizens UK on a report that examined the impact of the UK Home Office hostile environment policy on schools and children’s wellbeing. Their research found that schools were missing out on thousands of pounds of support for their pupils from funds including the pupil premium and free school meals because of the immigration status of their parents.

The students called for a meeting with a Department for Education minister to present their report recommendations, including making free school meals and pupil premium available to all children in need regardless of citizenship status.

Following the work between IOE students, Citizens UK, children, parents and teachers from London schools and other campaign groups, local councils began agreeing to implement the report recommendations. On 24 March 2022, Will Quince MP, Parliamentary Under-Secretary of State for Children and Families, announced that the government would ensure children from families with no recourse to public funds have access to free school meals from the start of the summer term (19 April 2022).

The IOE students had the opportunity to work with Citizens UK through taking the ‘Educating & Organizing for Social Justice’ module, a placement module that is run with Citizens UK as part of the Education Studies BA. As part of this module, the students had an opportunity to work on a live community-organising campaign with other schools and community groups around London. The students ran community workshops with children in several London schools before producing an action research report in support of campaigning demands on the basis of these workshops.

Dr Stuart Tannock, module leader, said: “I think there are two key factors that give students on this module the chance to make a real impact for social change and social justice.

“The first is that they learn and practice models of social justice education that are based on listening to the needs, experiences and concerns of children and young people in local London schools; helping these children and young people learn knowledge and skills that can help them understand the root causes of the problems in their own lives; and linking this learning to taking collective action to try to address these root causes of problems.

“The second key component is the opportunity to work in partnership with other organisations who are committed to organising and action for social justice and social change. Through our partnership with Citizens UK, we are able to work with other schools, colleges and universities, faith groups, immigrant and refugee support groups, local neighbourhood groups, and trade unions from across London.

“The recent victory over free school meals and the pupil premium for children from families with no recourse to public funds was the result of continued campaigning from a number of different groups around the UK. Citizens UK played a key role within this broader campaigning, and IOE students did a fantastic job to help Citizens UK work on this campaign back in 2019.”