Survey exposes lack of knowledge about the Holocaust

A new national study of Holocaust knowledge and awareness in the United Kingdom found that 52% of all respondents did not know that six million Jews were murdered during the Holocaust with 22% thinking that two million or fewer Jews were killed. 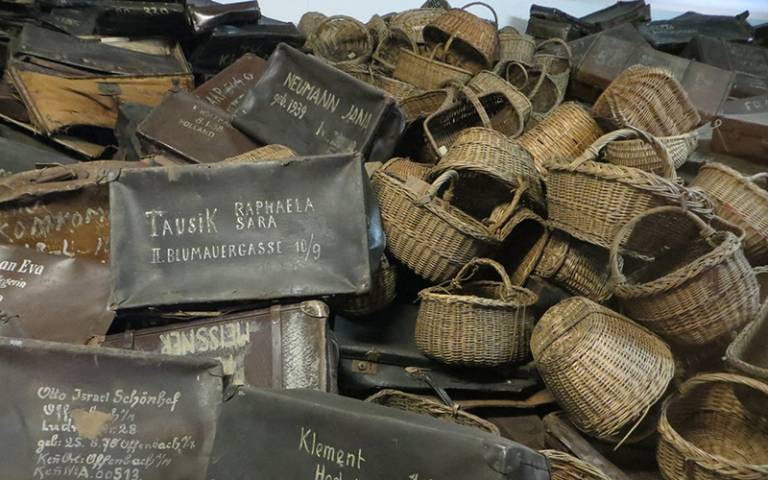 The study, led by the Conference on Jewish Material Claims Against Germany (Claims Conference), brought together a survey taskforce including UCL Institute of Education (IOE) academics Professor Stuart Foster and Dr Rebecca Hale, who shared their expertise in conducting national studies about Holocaust education with students and teachers in England as part of their work at the Centre for Holocaust Education.

Numerous misconceptions and knowledge gaps were identified in the survey, which ran between 29 September and 17 October 2021, with 2,000 interviews being conducted in the UK with adults aged 18 and over. Many of the findings echoed the Centre for Holocaust Education’s research with teachers and students. For example, only 15% of adults in the UK knew that in 1941-42 when the British government became aware of the mass murder of Jews, they did not take any action and said they would punish the Nazis after the war. Over a third of respondents said they were not sure about Britain’s response and a fifth incorrectly thought that the government took steps to rescue the Jews.

Additionally, two thirds of respondents incorrectly believed that the government allowed Jewish refugees to immigrate to the UK during the Second World War. In fact, the only rescue operation the British government sanctioned was the Kindertransport programme. This programme enabled unaccompanied Jewish children from Nazi Germany to be admitted into the UK and took place before the outbreak of the Second World War. Only 24% of adults in the UK knew what Kindertransport referred to.

Some troubling trends pertaining to antisemitism and Holocaust denial in the UK were also found in the Claims Conference survey. For example, 9% of respondents believed the Holocaust was a myth or that the number of Jews killed in the Holocaust has been greatly exaggerated. Almost a third of respondents reported seeing Holocaust denial or distortion online. Popular social media platforms like Facebook, YouTube and Twitter were the most frequently cited locations for seeing this material.

“The illuminating findings of the most recent Claims Conference study which focuses on Holocaust knowledge and awareness in the UK offer cause for concern and hope.

“It is troubling that knowledge levels among the British public on important issues such as Britain’s response to the Holocaust are so low and the findings which relate to the rise of antisemitism, neo-Nazism and Holocaust denial and distortion are deeply disturbing. Nevertheless, it is encouraging that 88% of respondents agree the Holocaust should be taught in schools and 71% believe the government should support the development of educational resources to teach about the Holocaust.

“Indeed, this report adds to a growing body of evidence which demonstrates how critical it is for all young people to receive high quality and effective Holocaust education. Not just so that students obtain sound historical knowledge, but so that they have the opportunity to use this knowledge to powerfully explore its contemporary significance.”

The UCL Centre for Holocaust Education’s world-leading, research-informed CPD Programme has empowered teachers in England to transform their teaching practice by developing their knowledge and skills in teaching about the Holocaust. In turn, their students not only obtain sound historical knowledge, but they have the opportunity to use this knowledge to powerfully explore its contemporary significance.