72% of Year 2 teachers surveyed think that Year 2 children should not be doing the Phonics Screening Check this term, according to UCL Institute of Education (IOE) research. 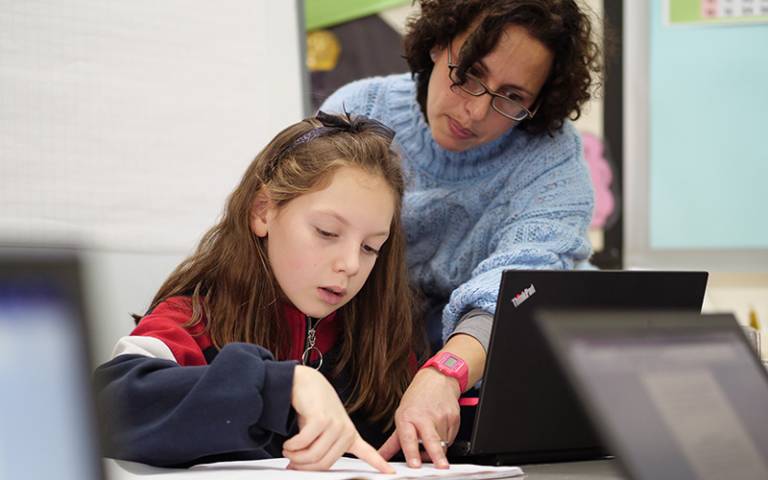 Early findings of ongoing research published today in a working paper by the IOE's Helen Hamlyn Centre for Pedagogy (0-11 Years) (HHCP) explore the effects of moving the Phonics Screening Check (PSC) to the autumn term of Year 2. The research found that the majority of Year 2 teachers surveyed do not think they should be conducting the PSC. The research also found that the PSC is seen as a measure of school performance, not as a check which helps identify children who are struggling. Teachers reported that the additional test this year adds unwelcome extra pressure, and some see the PSC as affecting pedagogy in Year 2, with a potential impact on progress in reading.

The PSC is a statutory assessment of decoding, normally conducted in the summer term of Year 1 in England. However in autumn 2020, due to the COVID-19 pandemic the PSC was for the first time conducted in Year 2, with the cohort that missed it in Year 1.

The working paper reports on data from 1246 Year 2 teachers who responded to a survey. Among these respondents, 72% answered ‘no’ to the question ‘Do you think Year 2 children should be doing the Phonics Screening Check this term?’. A further 12% answered ‘Not sure’. Respondents’ comments included that the PSC added pressure for children and staff at an already difficult time, and that it was not necessary to use the PSC to understand children’s level in phonics, because teachers already assess this.

Responding to whether the PSC had a positive impact on their teaching this term, 13% of Year 2 teachers strongly agreed, and 58% strongly disagreed. 16% of respondents agreed that the test was necessary because the cohort missed the test, and 38% strongly disagreed. One respondent commented that ‘it’s getting in the way of what children need right now.’

The project also involved a focus group interview with four headteachers, recruited through More Than a Score, and four individual interviews with headteachers recruited through the HHCP’s networks. Headteachers commented that it did not make sense to repeat the PSC when other tests missed in 2020 were not repeated, and argued it was another accountability measure, or a ‘stick to beat teachers with’ or just a ‘finger pointing exercise.’ Furthermore, 84% of teachers reported in the survey that the PSC has caused them additional stress, for example one respondent said, ‘we have SATS stress and Phonics stress AND 6 months of catching up stress’. However, when asked whether having the test has helped children to catch up with their phonics, 37% of respondents agreed or strongly agreed, with some positive comments suggesting the PSC has helped identify gaps in learning and highlighted children who need additional support.

In terms of impact on the wider curriculum, 68% of teachers agreed or strongly agreed that the test has reduced the time spent on other literacy activities, with concerns raised over the prioritisation of phonics within the teaching of reading through the test. The data raises the possibility that the PSC may be detrimental to more fluent readers’ learning, but this issue requires further investigation.

The report author Dr Alice Bradbury, HHCP Co-director, recommends that the repeat of the PSC in summer term 2021 for Year 2 children not reaching the standard should be voluntary, as teachers are clear that they do not need the PSC to help them establish who is struggling with phonics.

Dr Bradbury also argues that decisions about statutory tests in 2021 should take into account the potential risks highlighted by these findings on the first tests conducted since the pandemic began, and that comparisons between schools will be unfair given different experiences, additional pressures, disruption, and continued uncertainty.

The paper also concludes that future discussion about the PSC should consider the continued criticism of the test from the teachers who conduct it, particularly the lack of useful information it provided, and the potential for negative impacts on children who struggle with phonics.