The future of further education: Dilemmas, dualisms and dialectics 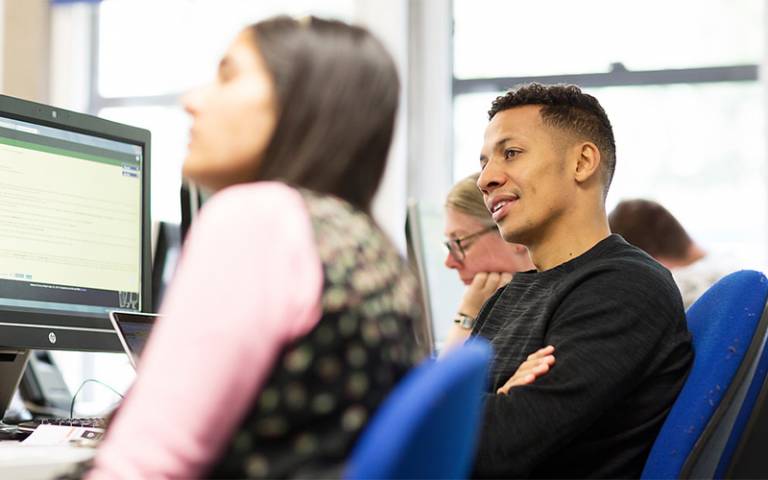 Further education has been unusually prominent in education policy discourse over the past five years, thanks to successive publications of the Wolf, Richard, Sainsbury and Augar Reviews. Each of these reports has underlined the importance of the diverse provision that is lumped together under the term ‘further education,’ but also its perceived shortcomings.

This is the second public lecture by Martin Doel, Visiting Professor at the UCL Institute of Education (IOE), and builds upon his first lecture - 'Defining further education - does it matter? -  which concerned the failure to define clearly, and comprehend fully, further education.

In this talk, Professor Doel considers the question, what's next for further education? In doing so, he conceives the future through the lens of a series of dilemmas: competitive or collaborative; local or national; generalist or specialist; second chance or first choice; simple or complicated.

He argues that these apparent dilemmas are in fact inevitable and necessary dualisms within an exceptionally diverse sector. In each case, following a dialectic process, the future will lie in achieving a synthesis between absolutes according to prevailing political, economic and social circumstances.

Approaching the future in this way will have ramifications for policymakers, agencies and further education providers of all kinds.

Visiting Professor at the UCL Institute of Education (IOE)

Martin Doel was appointed as the first Further Education Trust for Leadership Professor of Leadership in Further Education and Skills at the IOE in April 2016 after having previously been the Chief Executive of the Association of Colleges (AoC) from 2008. Prior to this Martin served for 28 years in the Royal Air Force where his final appointment was as Director of Training and Education for all three Armed Services, working in the Ministry of Defence, the largest employer of apprentices in the UK.

Martin’s particular research interests at the IOE have been concerned with the distinctive contribution that further education can make to national prosperity and individual well-being, and the leadership challenges facing further education providers of all kinds.

In April 2019, Martin moved to visiting status at the IOE and, at the request of the Further Education Commissioner, Martin was appointed Interim Chair of West Kent and Ashford College which became only the second college in England to be placed into education administration.

He is also a Trustee of the Royal London Society for the Blind and of The Challenge (a social integration charity delivering the National Citizen Service), the independent member of the Audit and Risk Committee of the Institute for Technical and Further Education and Governor of Cambridge Regional College.