Practitioner Advisory Board members of the Helen Hamlyn Centre for Pedagogy (HHCP), at the UCL Institute of Education. 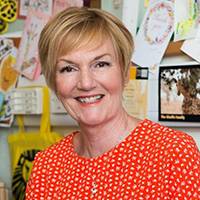 Julie Allen MBE has served as Headteacher at Birkwood Primary School for over 10 years. The school is an outstanding school (Ofsted 2014) and is situated in an ex-mining community of South Yorkshire.

The school has 344 pupils aged 3 - 11 years and works closely with their highly supportive community. As a result of outstanding leadership, governance, highly committed staff and amazing children, the school have achieved a host of accolades which include Open Flagship School, Artsmark Gold and the Barnsley Chronicle Pride of Barnsley 'School of the Year' Award.

Julie is an experienced educational leader and in 2013 she was awarded ‘Headteacher of the Year in the North of England'. Most recently she awarded an MBE for 'Services to Education' in the Queen's Birthday Honours List in June 2017.

She is a local leader of education with experience of supporting schools and newly appointed headteachers. Julie is passionate about the arts and its impact on educational achievement. 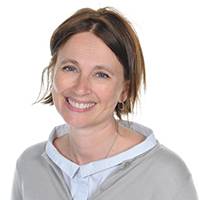 Megan divides her time between several roles: Director of English for the Aspire Educational Trust (a multi-academy trust based in the North West of England), Co-Director of the Aspirer Research School based at Ash Grove Academy and lead on English and research and development for the Aspirer Teaching School. In addition to these roles, she is also a Senior Associate at the Education Endowment Foundation.

With twenty years’ experience in the education sector, she is a senior leader, specialist literacy teacher and teacher trainer with considerable expertise in teaching children who find it hardest to learn. Prior to working at the Aspire Educational Trust, she has worked as a class teacher and middle leader, local authority consultant and school improvement advisor and teacher trainer.

Megan is fascinated by how we can transfer research evidence into effective classroom practice. She is studying for a doctorate in psychology and works extensively with researchers to develop practical strategies to transfer their work into teaching and learning.

She writes a monthly column for the Times Educational Supplement and is a regular contributor to other magazines, journals and publications. 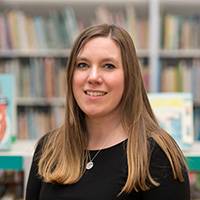 Charlotte is an experienced teacher and senior leader and has taught across the primary school age range before holding several posts. These posts include, assistant headteacher and leadership posts in literacy, early years foundation stage, more able pupils and key stage 2.

Charlotte was a literacy consultant within a local authority, focusing on early years, phonics and primary literacy. She is the governor of a secondary school with responsibility for teaching and learning. She has written blogs and articles for a range of publications including ‘Teach Primary’ and ‘Books for Keeps’, as well as being a contributing writer for ‘Understanding Children’s Literature’ by Nikki Gamble (4th Edition).

Charlotte's special interests lay in early years, early reading development, and the development of writing. As well as the use of picture books and poetry to raise children's engagement and attainment. She developed and leads the CLPE's ground breaking ‘Power of Pictures’ research, investigating the impact visual literacy and illustration can have on children’s reading and writing. She has also led and developed the CLPE's ‘Power of Poetry’ research project, designed to highlight the importance of poetry as a vehicle for improving children’s engagement in and enjoyment of reading and creative writing in schools. In addition to this, Charlotte is also on the judging panel for the CLPE poetry award, CLiPPA. 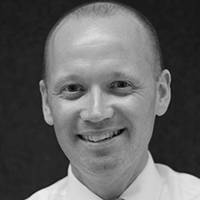 During this time, Paul has also worked on several other projects. These projects include, working as a consultant for ‘We are what we do’ during the production of a range of materials for children, co-authoring materials for Cambridge University Press's Cambridge Maths Direct Scheme and being seconded to Newham LA as a primary maths consultant.

Alongside his role as headteacher at Gallions, Paul previously project managed the Askit strand of the Helen Hamlyn Trust funded Open Futures initiative, working with 50 schools across the country in partnership with SAPERE to introduce 'philosophy for children' into their schools. Paul has also volunteered as a mentor to several undergraduates at Middlesex University, and has been involved in several voluntary organisations, including the Scout Association and CCHF.

Paul was a founding trustee of The Gallions Music Trust, and has previously also been a trustee at Discover Children's Story Centre in Stratford, Newham and a trustee of the National Children’s Orchestras of Great Britain. He is currently chair of The Manorfield Charitable Foundation.  Paul has also been a governor at his children’s primary school. He is passionate about creative education and ensuring that all children have the very best creative and inspiring learning experiences.

Paul has written several articles for publications including the Times Educational Supplement and has spoken at a variety of conferences to audiences of teachers, educational professionals, policy-makers and members of the creative and cultural industries. 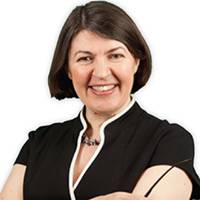 As CEO and creator of the UK's leading childcare social enterprise, June continues to break new ground in the development of Leyf's scalable social business model. She remains a tireless campaigner, looking for new ways to influence policy and make society a better place for all children and families.

June has developed the Leyf Pedagogy and champions of community-based, multi-generational early years education as the basis for greater social and cultural capital to deliver long-term social impact. She continues to advise Governments as well as a range of organisations, academics and services at home and overseas about how best to implement a social enterprise vision for Early Years.

June is a fellow of the Royal Society of Arts, director of Social Enterprise UK, trustee of The Book Trust, and member of the London Mayor’s Child Obesity Taskforce. June was awarded an MBE in the Queen’s Birthday honours in 2013, for her services to London’s children.

In 2017 she was delighted to receive the 'Most Influential Person In Early Years' award and joined the top 10 of the WISE100 – an initiative from the NatWest SE100 Index which recognises 100 of the most inspiring and influential women in social enterprise, impact investment and social innovation.

Lead Tutor at the Pen Green Research Base 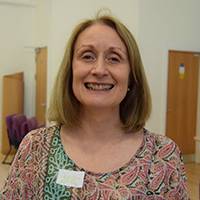 Dr Christine Parker has been a teacher and headteacher in primary and nursery schools in England for over 35 years. She is currently working as a Lead Tutor at the Pen Green Research Base in Corby, teaching on the ITT and MA Courses. Her specialist interests are early childhood education, school leadership and multilingual childhoods.

Christine spent a number of years working in Karachi, Pakistan. She found early years teachers to be very receptive to ideas of experiential learning and this experience made a significant impression on how she approached working with children and their families in multi-ethnic contexts in the UK.

Christine studied for her PhD at Pen Green and developed primary school leadership through a systems approach that was responsive to children’s, families’ and staff needs. She has recently been developing her interest in psychoanalytic observational approaches. Christine has worked as a partnership advisor for the Faculty of Education, University of Cambridge and currently is an assessor for the Chartered College of Teaching.

Chief Executive of the Chartered College of Teaching 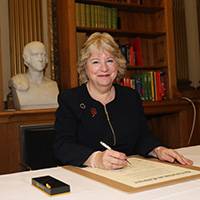 Prior to joining the Chartered College, Dame Alison was executive headteacher of The Wroxham School in Hertfordshire. Her career to date has spanned primary, secondary and advisory roles. She is a member of the Royal Society's Education Committee, a trustee of Teach First, a visiting professor of the University of Hertfordshire and the University of Glyndwr.

In March 2015, Alison was appointed by the Department for Education as a member of the Commission on Assessment without Levels and she is author of Assessment for Learning without Limits. She is Honorary Fellow of Queens' College Cambridge. 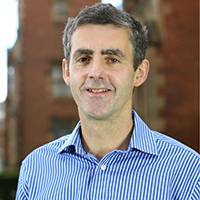 Dominic is Professor of Early Childhood and Primary Education at the IOE, and is President of the British Educational Research Association (BERA) (2019-2021). He is a Fellow of the Academy of Social Sciences (FAcSS), and of the Royal Society for the encouragement of Arts, Manufactures and Commerce (RSA).

He has previously been the head of the IOE's Department of Learning and Leadership, and was faculty director of Research, Consultancy and Knowledge Transfer in the Faculty of Children and Learning. Dominic has significant experience in music that began with his undergraduate studies at The Royal Academy of Music.

Before joining the IOE Dominic was a senior lecturer at the University of Cambridge. He was also appointed as the first director of Music-Making at Churchill College Cambridge, where he was a fellow and director of Studies for Education. In the past Dominic was a reader at Liverpool John Moores University, and a teacher with experience working in London, Bradford and Huddersfield in infant and junior phases.