Advisors of the Helen Hamlyn Centre for Pedagogy (HHCP) at the UCL Institute of Education.

CEO, Achievement for All 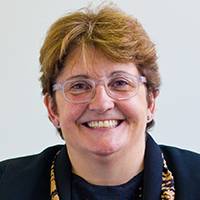 Professor Sonia Blandford is one of the country's foremost experts on improving the education and aspirations of children from disadvantaged backgrounds.

Sonia has been a music teacher since 1980, working in primary and secondary schools across England. She has held a range of leadership positions in schools and universities, including Pro-vice Chancellor at Canterbury Christ Church University and professorial posts at Warwick and UCL.

Sonia is currently founder and CEO of the award winning educational charity, Achievement for All. The charity provides programmes to improve outcomes for children and young people aged two to 19 years, vulnerable to underachievement, in 5,500 early-years, school and post-16 settings in England and Wales. Sonia is also a visiting professor of education and social enterprise at the UCL Institute of Education.

Sonia is author of 200 articles and books written for teachers, leaders, parents and carers, and children and young people. She has most recently published ‘Born to Fail? Social Mobility a Working Class View’ and ‘Social Mobility, Chance or Choice?’ with John Catt Education. 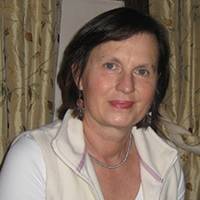 Former founding co-director of the Helen Hamlyn Centre for Pedagogy, Rosie is now based in the Educational and Social Research Institute (ESRI) at Manchester Metropolitan University.

Rosie’s research is concerned with unravelling the complexities of early communication, language and literacy learning in a digital era. She has led and co-led many studies funded by the ESRC, EU and charitable organisations. These studies include, a recent review of research evidence about young children’s engagement with objects in science museums (funded by The Helen Hamlyn Trust), a recent study of how young children’s play is observed and documented in early years classrooms using digital documentation apps (funded by The Froebel Trust), and a pan-European study of 0-3 year old children’s digital literacy lives.

Rosie’s work tends to focus on children who are facing multiple disadvantages, including children living in poverty and children who face particular learning challenges. Rosie has consistently engaged with new ideas, new problems and new methodological challenges when conducting visual ethnography and participatory research with children in their homes and early childhood education settings. 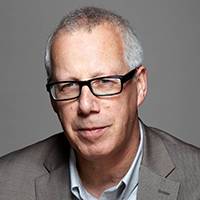 Jeremy Myerson is an academic and author specialising in design and innovation. He holds the Helen Hamlyn Chair of Design at the Royal College of Art and is Director of the WORKTECH Academy, a global knowledge network exploring the future of work and workplace. He is also a Visiting Professorial Fellow in the Oxford Institute for Population Ageing at the University of Oxford.

In 1999 Jeremy Myerson co-founded the Helen Hamlyn Centre for Design - the Royal College of Art's largest and longest-running centre for design research, which he directed for 16 years. He is the author of more than 20 books in the field and his most recent titles include ‘New Old: Design for Our Future Selves’ (2017), based on the Design Museum exhibition of the same name which he curated. 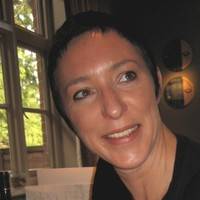 Lucy worked in theatre for 13 years producing, designing, performing and teaching before joining the Helen Hamlyn Trust as Projects and Research Director at the start of 2004. Lucy was responsible for the development of the Trusts Open Futures Learning Programme for primary aged children, with John Storey leading the programme in over 150 schools between 2004 and 2015.

Lucy attained a BA Hons Degree in Theatre Studies and Dramatic Arts at Warwick University and then trained as a performer at the Ecole Jacques Lecoq in Paris and in design at the Laboratory for the Study of Movement (L.E.M) in Paris. In 1992 she founded and ran her own company creating devised indoor and outdoor productions and touring them internationally. She is an experienced teacher and ran many projects in design and performance for professional companies, drama schools, youth theatres, colleges, schools, forensic psychiatric units, young offender institutions and special schools nationally. 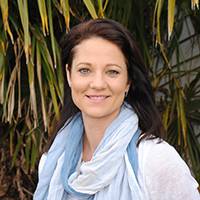 Hayley Peacock is the Managing Director and Owner of Little Barn Owls Nurseries in West Sussex, which she opened in 2010. Her two nurseries (set to be four by the end of the year) are Forest and Farm Schools, the largest being based on a farm and is home to 20 animals including pigs, chickens and ducks that children look after every day.
Drawing inspiration from Reggio Emilia's approach, as well as from other sources such as Scandinavian Forest School and outdoor learning initiatives, Hayley and her colleagues have developed a unique 'enquiry based learning' approach which is highly creative and reflective in nature, and aims to develop the enquiring minds of children. Hayley also provides training and professional development opportunities to other nursery staff groups, students and professionals in the Early Years sector across the globe. Little Barn Owls received Ofsted Outstanding in 2017 for the second time and has won a host of Early Years awards including UK Nursery of the Year 2015/16 and the South East Business Award for Innovation. Being a mother of four children, Hayley has always had a very keen interest in child development.

Before running a nursery she wrote for parenting magazines and was carving out a career as a journalist with a specialism in parenting and child development as a broadcast journalist. On discovering the Reggio Emilia Approach, she has since aspired to build Early Years centres, and eventually primary schools which promote independent thought, creativity, innovation, motivation and social conscience as key principles for an enquiry and project based curriculum, which is largely driven by children's interests and explorations of the world around them. Hayley is honoured to be part of the Helen Hamlyn Centre for Pedagogy (0-11 years) as an Advisory Board Member representing Early Years education. She is looking forward to contributing to events and initiatives by the centre and playing a key role in promoting progressive and innovative ideas for change in education for all children.

Since 2010 John has been the Director of Finance and Administration for the Helen Hamlyn Trust. Prior to this he was the Finance Director for the Diana, Princess of Wales Memorial Fund.

After school he studied at The School of Oriental and African Studies (University of London) and worked in financial services and insurance for a number of years before deciding to specialise in the grant-making sector. John was closely involved with the Open Futures Programme which was the flagship education programme of the Helen Hamlyn Trust.