Children's right to quality education is under threat due to violent conflicts, natural disasters and growing social and economic inequalities in low and middle income countries. 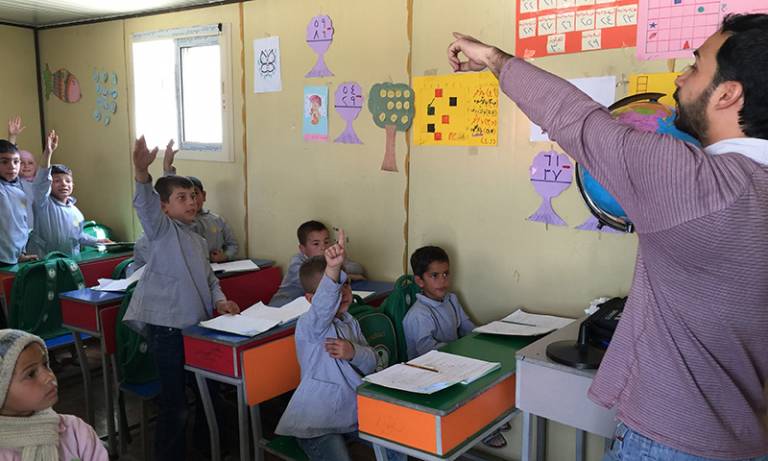 Education policies and programming that are designed to address concerns about access to educational resources, distribution and pedagogical approaches often fail to address complex political, security and economic challenges that are faced by learners in emergency situations.

We have a growing portfolio of research that focuses on the intersections between:

We offer a Master's level module on 'Education, Conflict and Fragility' which critically examines complex interactions between education, armed conflict and state fragility:

It examines the role of education in the formation and prevention of socio-political tensions in low and middle-income countries and provides students an opportunity to debate key political and sociological theories in the field of education and conflict studies.

Our teaching is informed by current debates in the field and centre's research programmes mentioned above.

The centre is also home to Education and Conflict Review (a newly established journal), scholarly publications focusing on theoretical and empirical knowledge in the field, and promotes collaborations with academic institutions in low and middle income countries (including conflict-affected zones such as, Nepal, Cambodia, Lebanon and Somaliland).

In a conversation with the UCL Grand Challenges team, Dr Tejendra Pherali explores the barriers and difficulties of access to education for migrants and refugees, and in particular Syrian refugees in Lebanese settlements.