CIDDR holds monthly seminars at which researchers and collaborators present their research. Seminars are held usually on the third Wednesday of each month from 1pm to 2pm in the UCL Division of Psychiatry, Maple House, 149 Tottenham Court Road, W1T 7NF. Anyone interested in attending our seminars should contact Angela Hassiotis (a.hassiotis@ucl.ac.uk) in advance. 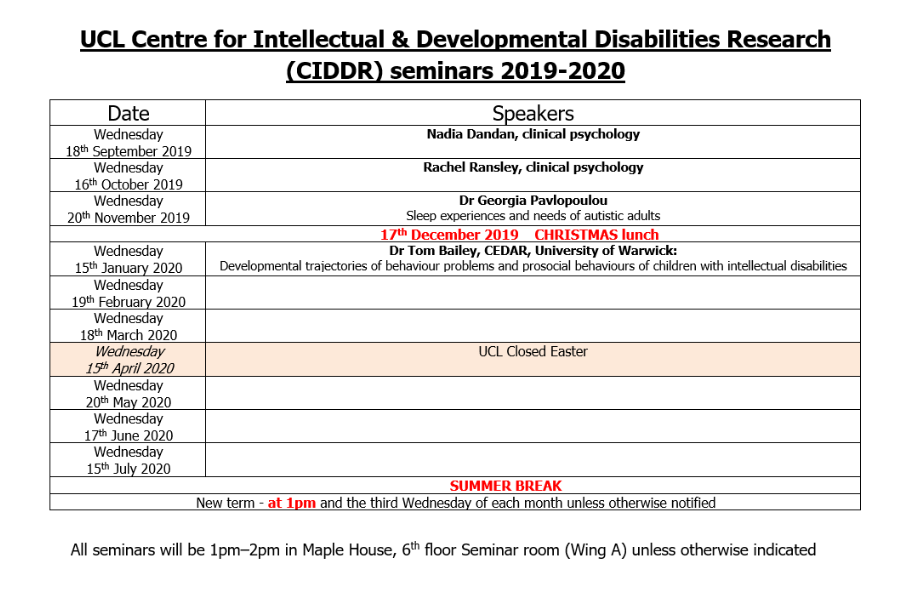 Crick Chat on Down Syndrome

In this Crick Chat, held on 24 November 2015 in a pub in King's Cross, LonDownS members Dr Victor Tybulewicz from the Francis Crick Institute and Professor Elizabeth Fisher and Dr Andre Strydom from UCL, discuss how their collaborative research is shedding light on the link between Down syndrome and Alzheimer disease.  Video: https://youtu.be/vi2JcWW09h8

We held the Centre's formal launch on 13th July 2010. We would like to thank all service users, carers, professionals and researchers who joined us for the day and made it a very enjoyable and interesting day! Programme of the day.

UCL's communications office produced a news item on the launch. This audio feature contains attendees' comments on the launch and more general information about the centre and its mission.

This event presented findings from a review into attitudes towards people with intellectual disabilities around the globe, and efforts to improve them in line with Article 8 of the UN Convention on the Rights of Person with Disabilities. 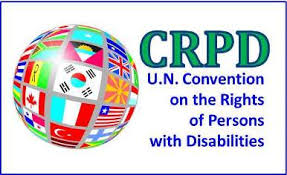 This project was conducted in partnership with Leonard Cheshire Disability, Inclusion International, and distributed globally with support from IASSID (International Association for the Scientific Study of Intellectual Disabilities) and Special Olympics.

Positive efforts to raise awareness and foster acceptance and equality from the UK and from around the world were presented, as were talks by self-advocates and Disability Organisations on their work aimed at raising awareness and challenging stigma.

All talks at this event were filmed and can be viewed below in the order of the programme.