Dr Kim is an art historian and cultural theorist whose research engages the deep structures of images and our complex relation to them, from Plato to the present digital age, drawing together ethics and aesthetics, phenomenology, urban studies, anthropology, religion and technology. Since 2011, she has participated in Institutes of Advanced Study and international, cross-disciplinary research groups advancing studies of iconoclasm and iconic presence; images and religious conflict; and the role of the arts in civic thriving.

Dr Kim was educated in philosophy and classics at Brown University, where she was a Mellon Fellow in the Humanities. After receiving her PhD in art and architectural history from the University of Virginia in 2014, she was awarded the Andrew Mellon Postdoctoral Fellowship at the Research Forum at the Courtauld Institute of Art, London. In 2016, Dr Kim was an invited Fellow of the Center for Advanced Studies, BildEvidenz: History and Aesthetics, at the Free University, Berlin.

Her primary research focuses on histories and theories of iconoclasm, working across the East-West divide. In 2011, she was invited to join a US-UK network of scholars and curators breaking new ground on the subject, funded by the AHRC. Their work contributed to Tate Britain's Art Under Attack: Histories of British Iconoclasm (2013) and an edited volume, Striking Images, Iconoclasms Past and Present (Ashgate, 2013).

Her book project at the Institute - Reforming the Image: Idols and Iconoclasm in Early Modern Rome - contributes a new view of the multiple reformations that shaped Europe, beyond the North. Focusing on statues, sculptures and their representation across media, she re-interprets sixteenth-century images as reflexive sites of inquiry regarding intersecting idolatries in religion and art. In their staging of internalized forms of critique, she argues, these early artworks forecast an iconoclastic criticality we associate with the Enlightenment and European modernity: the smashing of the idols of the mind.

A second area of research concerns art, conflict and terrorism, the subject of invited lectures in the US and UK and symposia she co-organised at the Courtauld, with sequel at King's College. Currently she is co-editing (with Julian Stallabrass and Noah Charney) and contributing to a volume on the subject. She is also an Associate Fellow of a new Centre for Strategic Communication in the War Studies Department at King's. Recently Dr Kim documented refugee camps in Greece and is associated with UCL's Refuge in a Moving World network.

As part of the Thriving Cities Project, based at the Institute for Advanced Studies at Virginia, Dr Kim is the lead scholar for research on the role of art and aesthetics in cultivating civic agency and urban revitalization. A research brief she directed was highlighted by the Ford Foundation's initiative on Art and Justice. Currently she is contributing to an edited volume, Creative Placemaking and Beyond (Routledge, 2018), developing a paper she presented for a meeting of the Royal Geographic Society. 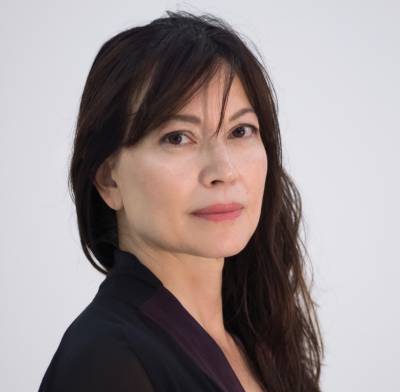