Dr Alicia Spencer-Hall was an IAS Junior Research Fellow from 2016-17.

The experiences of chronic-pain sufferers testify to the very real sensations provoked when normal neurological and biological functions 'go wrong', when the senses act seemingly according to their own 'logic'. This research interrogates depictions of chronic pain in medieval texts, and engages with modern and medieval theoretical models of incurable pain to uncover points of contact and divergence. How is chronic pain depicted and theorised in medieval texts? What stories do chronic pain sufferers tell to make their pain relatable, even shareable? Are such narratives different in the medieval period, in comparison to those utilised in the modern period?

After receiving her BA (Hons) and MPhil from the University of Cambridge, Alicia undertook her PhD in the French Department of University College London (UCL), funded by the Arts and Humanities Research Council. She passed her PhD with no corrections in November 2014. Before joining the IAS, she was a Modern Humanities Research Scholar in the French Department at Queen Mary, University of London. She has taught extensively, including modules on medieval French literature, literary analyses, and French grammar. Alicia enjoys presenting her work to colleagues and members of the general public, and has spoken in numerous international fora.

Her research interests focus on the potentiality of trans-historical critical engagement with literature of the Middle Ages. For example, her PhD thesis examined a series of thirteenth-century female saints' lives in dialogue with modern film theories. In this research, a trans-historical spectrum of visual experience is revealed: medieval saint and modern moviegoer are connected in the visual act. A revised version of her thesis is forthcoming with Amsterdam University Press as Medieval Saints and Modern Screens: Divine Visions as Cinematic Experience.

Her current research interrogates medieval experiences of chronic pain in light of modern theoretical frameworks, contributing squarely to the emerging fields of historical disability studies, the history of emotions, and the history of the senses. In her spare time, she blogs about pop culture, critical theory and medieval literature at www.medievalshewrote.com. She can also be found on Twitter, as @aspencerhall. 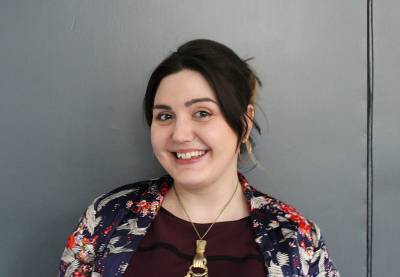