Hosted by Aris Komporozos-Athanasiou (UCL Sociology) and Max Haiven (IAS Visiting Resarch Fellow), 'The Order of Unmanageable Risks' is an eclectic podcast about the crisis of anxiety in our society today and its links to the capitalist system. 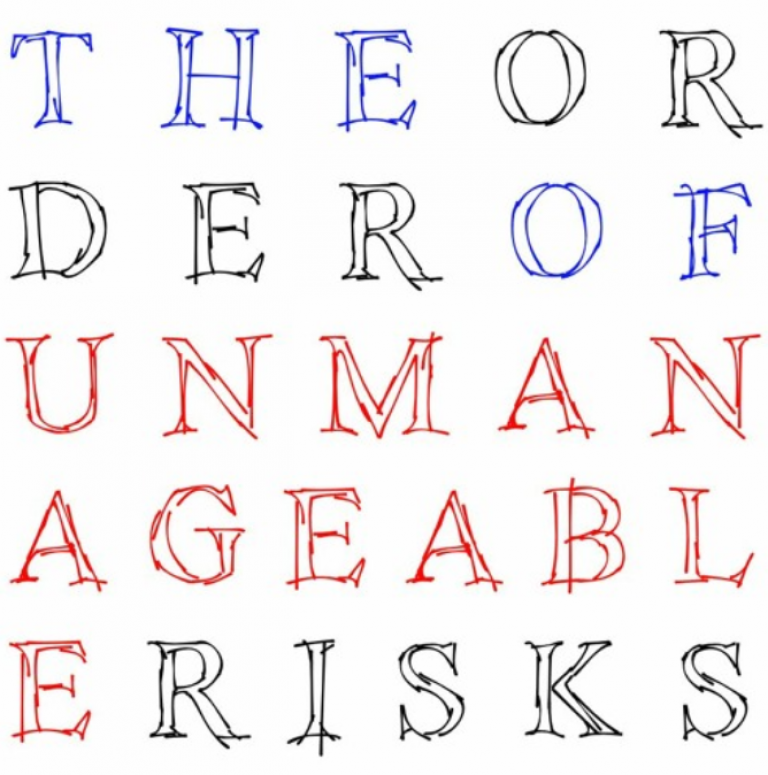 In a series of interviews with important thinkers across a range of disciplines, hosts Aris Komporozos-Athanasiou (UCL Sociology) and Max Haiven (Canada Research Chair in Culture, Media and Social Justice, Lakehead University and Visiting Research Fellow at UCL’s Institute of Advanced Studies) explore these intersections. The podcast is produced by their Common Anxieties Research Project and is supported by the ReImagining Value Action Lab (RiVAL) and UCL’s Institute of Advanced Studies.

The first three episodes are posted below, and more are being produced for released in the near future.

These episodes can be heard on and downloaded from Soundcloud or subscribed to via podcasting apps here. More information about the series can be found here.

As academics, we have recently found ourselves interested in the workings of financialised capitalism, circling more and more often around the question of anxiety. Well over a decade since the 2008 financial crisis and the sweeping waves of neoliberal austerity that succeeded it, it looks as though today a generalised sense of anxiety has settled in, becoming deeply embedded in capitalist structures. It’s not just that we become more anxious about the uncertainties now engulfing all aspects of everyday life (from economic volatility and labour precarity, to regressive political instability and the chaos of the contemporary digital world). Our ways of engaging with such radical uncertainties shift too: we no longer seem to believe in the promises of a ‘better future’ (promises that were until recently the hallmark of neoliberal capitalism). If that’s the case, then how are we to understand the politics of today’s collective anxiety?

In our past work, we have explored capitalism’s insidious capacity to shape dominant imaginations of the future. We have studied the system’s own speculative use of uncertainty as a lucrative resource for expanding its horizons of profit on the behest of markets. But our research journeys have always returned to the role of imagination in this process: the success or failure of the capitalist project ultimately depends on controlling and wielding the power to imagine. This then is where our interest in the current ‘anxiety epidemic’ comes from: what kind of collectivity is imagined in today’s anxious engagements with the chaos of everyday life? What are the possibilities for a more radical imagination that would lean on our shared experiences of anxiety to ‘counter-speculate’?

Our podcast series tries to make sense of it all. Through interviews with important thinkers, we explore how today’s economic forces shape our mental health, but also the possibilities that are opening for solidarity, care and a different world. We want to go beyond the medicalised approach to anxiety as an isolated disorder or chemical imbalance and ask bigger questions about how a system of constant uncertainty and risk management leads to an anxious society. In each episode, we talk to people whose research or writing has inspired us to think differently about capitalism and society. We discuss how their work can cast a different light on anxiety as a psychological, social, technological or political challenge.

Dr Aris Komporozos-Athanasiou is a political sociologist at University College London where he leads the Sociology & Social Theory Research Group, and a Senior Editor at Public Seminar with Chiara Bottici and Judith Butler. He recently edited a Special Issue on finance’s imagination in the Journal of Cultural Economy, and his first book, Speculative Communities, is under contract with the University of Chicago Press.

Dr Max Haiven is Canada Research Chair in Culture, Media and Social Justice at Lakehead University and co-director of the ReImagining Value Action Lab (RiVAL). He writes articles for both academic and general audiences and is the author of the books Crises of Imagination, Crises of Power: Capitalism, Creativity and the Commons (2014), The Radical Imagination: Social Movement Research in the Age of Austerity (with Alex Khasnabish, 2014) and Cultures of Financialization: Fictitious Capital in Popular Culture and Everyday Life (2014). Art after Money, Money after Art: Creative Strategies Against Financialization was published by Pluto in Autumn 2018 and his latest book Revenge Capitalism: The Ghosts of Empire, the Demons of Capital, and the Settling of Unpayable Debts was published in May 2020.