The Vinteuil Centenary: Music, Memory and Repetition in Proust

Two, linked events which focus on the theme of music, identity and memory in Proust’s great novel, In Search of Lost Time. 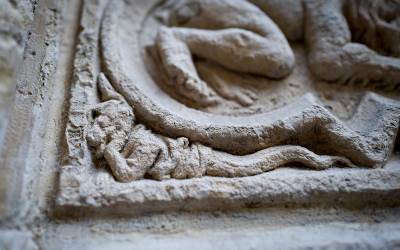 This year marks 100 years since the death of Marcel Proust. Readers and scholars alike have long noticed the central role played by music in Proust’s major work, In Search of Lost Time. One aim of the project is to analyse and reconsider the role of music in the novel. But another aim is to produce a new composition in the light of this analysis, and to perform it at UCL.

The project therefore consists of two, linked events which focus on the theme of music, identity and memory in Proust’s great novel. Proust explores many of these themes through the famous sonata, and then septet, written by the fictional composer, Vinteuil. But the narrator of the novel discusses numerous real composers, too.

Our first event will be a series of short talks, aimed at the general public, on the subject of Proust and music. Talks will come from different disciplinary angles, including philosophy, composition, music history and literary studies.

The second event is a concert, featuring a new composition by Alex Hills.  This engages with the relationship between sensation and identification essential to Proust’s involuntary memory – when is a chord just a chord, and when does it trigger the memory of the beginning of the Debussy violin sonata? The rest of the concert is inspired by the novel and by the music of the salons of the time: Schumann, Fauré and Wagner all feature in the book. Reynaldo Hahn and Leon Delafosse were friends of Proust who may have provided models for his characters. Elisabeth Jacquet de la Guerre and Lil Boulanger are figures from either historical end of the French musical tradition that was so important to him.

Image credit: 'a few centimetres in the midst of this superhuman multitude’, coarse figurine on the Porch of the Booksellers, Rouen Cathedral, photo by Thomas Stern