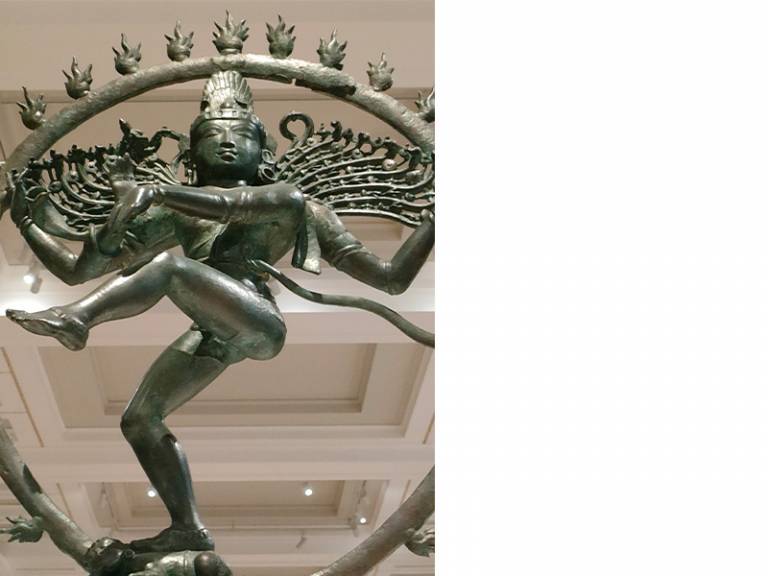 Jerzy Grotowski (1933-1999) found his bearings in India. He was one of the pioneers in the field of theatre and performing arts who turned to India. When he was around 10, under his mother’s influence, Grotowski was exposed to Paul Brunton’s A Search in Secret India, which led him to discover the teachings of the Hindu mystic Ramana Maharshi (1879-1950). In the second season at Opole, Poland (1960/1961), he made preparations to stage the Indian drama Shakuntala and this production became a touchstone for him to try out some experimental ideas and practices, such as mysterious and enigmatic images of the East and minute gestural and vocal signs. From 1968 to 1970, he traveled extensively, making four solitary trips to India: at the end of 1968, in the summer of 1969, at the end of 1969, and in the summer of 1970. In India, Grotowski traveled to the shrine of Ramakrishna, the Himalayas, and Bodh Gaya, where the Buddha received enlightenment. He met spiritual teachers, like the famed Mother of Pondicherry, and a Baul master with whom he exchanged ideas about the objective elements of the anatomy of the actor. In December 1976 he made his last journey to India with his mother and together they visited Arunachala, the mountain to which Maharishi had retreated. He died on January 14, 1999. Several months later, his ashes were strewn on Mount Arunachala in his beloved India. In this presentation, Dr Su proposes to explore Grotowski’s turn to India, with the intention to trace and examine a variety of passages to India conducted, experienced, and practiced by Grotowski. He intends to look into the ways Grotowski initiated his intercultural theatre practices and formulated his cross-cultural performance theories. Finally, Dr Su attempts to evaluate Grotowski’s appropriations of what he has witnessed and learned in or from India, and come to terms with his post-theatrical period.