Tsu-Chung Su, PhD in Comparative Literature at the University of Washington, USA, is Professor of English at National Taiwan Normal University. He was President of Taiwan Shakespeare Association from July 2017 to June 2019, President of the ROC English and American Literature Association from January 2016 to December 2017, and Vice President of the ROC Comparative Literature Association from June 2010 to May 2012. He was a Visiting Scholar at Aberystwyth University from September 2012 to August 2013, a Fulbright Scholar at Princeton University from August 2007 to January 2008, and a Visiting Scholar at Harvard University from August 2002 to January 2003. He was a two-time recipient of the NTNU Award for Distinguished Research & Distinguished Professor (2016-2021), a ten-time recipient of the MOST Award for Excellence in Research (2010-2020), and a 25-time recipient of NSC/MOST Research Project Grants. His areas of teaching and research interest include Nietzsche and his French legacy, theories of hysteria and melancholia, Shakespeare studies, performance studies, religious studies, and dramatic theory and criticism. He is the author of three monographs: Artaud Event Book (《亞陶事件簿》) (2018) and The Anatomy of Hysteria (2004), The Writing of the Dionysian: The Dionysian in Modern Critical Theory (1996). His recent publications include essays on Antonin Artaud, Eugenio Barba, Peter Brook, Jerzy Grotowski, Richard Schechner, Phillip Zarrilli, etc.

No analysis of Jerzy Grotowski can afford to ignore the profound Indian influence on him and in turn his impact on contemporary performance theory and practice because his career as a theatre artist is closely connected with Indian religion, culture, performing arts and the spiritual realm. If we pay close attention to the path of Grotowski’s life and thoughts, we will discover in no time that his 'passage to India' is oftentimes his 'pilgrimage' and 'spiritual retreat'. His actor training method often combines artistic routines with spiritual practices. As a result, Grotowski’s 'art as vehicle' is at once an act of making arts and a personal sadhana (or spiritual) practice. This project attempts to explore Grotowski’s Indian connections and the impact exerted by his turn to India. Professor Su's proposal is to conduct this project according to the four stages of Grotowski’s life: firstly, discuss Grotowski’s 'encounter' with Hinduism and the Indian sage Ramana Maharshi; secondly, analyse Grotowski’s purpose in staging Kālidāsa’s Śakuntalā; thirdly, interpret critically the concepts developed during the Theatre of Productions (1957-1969) period; and fourthly, examine the process moving from 'the body-and-essence' to 'the body of essence' from the art-as-vehicle perspective.

The aforementioned project fits in with his book project, entitled 'Passages to India of Great Masters of Contemporary Theatre', in which he explores the role of Indian theatre, literature, and religion in the life and work of great masters of contemporary theatre, such as Stanislavski, Eugenio Barba, Grotowski, Richard Schechner, Peter Brook and Phillip Zarrilli. Also, he will look into the problematics embedded in these great masters’ turn to India and their diverging positions in facing interculturalism. 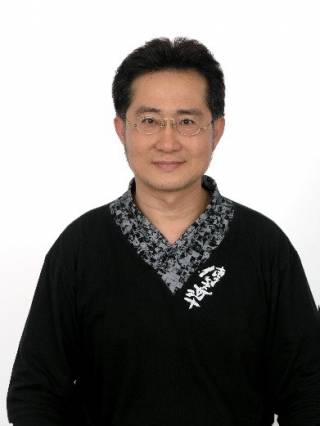