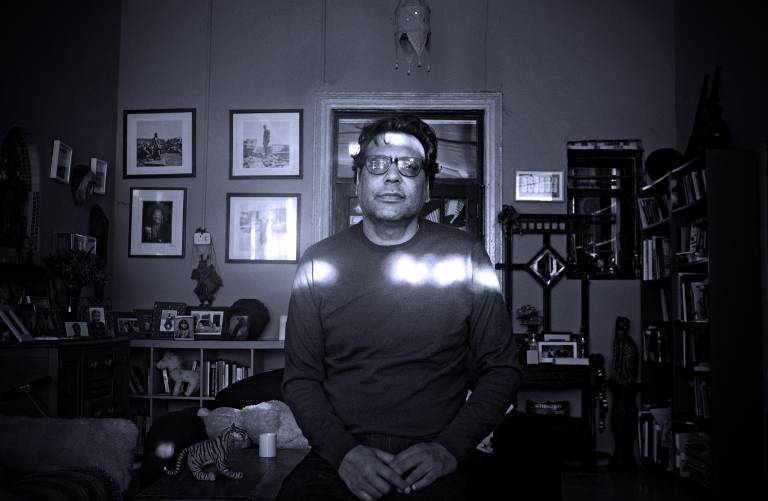 The Institute of Advanced Studies is delighted to welcome Ashraf Jamal for this talk.

Nicol wrote these words in the immediate aftermath of South Africa’s first free election, intuiting then, as we all do now, the era of post-truth, and the subsequent bankruptcy of global democracy. It is all the more ironic, therefore, that it is now, in this era of fakery, that South African art, or ‘Contemporary African Art’ more generally, should assume its global ascendancy.

I will deliver this paper at the same time as 1-54, the largest trade fair committed to African Art in the northern hemisphere, is underway in London. What does this fascination with African art mean today? How real, or how cynical is its current appropriation and commodification? And what relevance does it possess today? Is it merely a new-fangled fetish, profoundly disingenuous in its inflation of the Idea of Africa? Is it a new cool exercise in miserabilism? Or is it a genuine attempt to overcome an inherited pathology?

Ed Young’s barbed word-works – BLACK IN FIVE MINUTES and ALL SO FUCKING AFRICAN, exhibited at Frieze in New York in 2016 – suggest the fake instantaneity of a new consciousness, at the root of which lies a smug inflation of identity politics. Smug because – despite Pankaj Mishra’s just observation of ‘a widening abyss of race, class and education’ – it has assumed an unthinking, inviolable, and declamatory righteousness as it modus operandi.

Art is not an exercise in art direction, it is not the sum of a problem but its displacement and overcoming. Art does not mirror existing pathology, it re-configures the possibility for its understanding. The best African art, therefore, rewires prevailing prejudices and needs, it alters the state of play and conditions for being – it emphatically refuses to lie. To do so it must challenge its relevance, refuse its commodification, rout out its cynical neo-liberal accommodation, junk its victimhood, and radically re-imagine itself differently.

Lungiswa Gqunta’s exhibition, ‘Qwitha’ – first shown at Whatiftheworld in Cape Town in 2018 – is a brilliant instance of this shape-shift. For while it reflects the on-going fatal South African human condition, it asks us to distance ourselves from pain and suspend inflammatory rage. Aberrant and chilling, hers is the kind of conceptual-and-visceral art which institutes a radical moment in this corrupt time. For Gqunta the black body in pain is not, perforce, the oracle of truth. Hers, therefore, is precisely the kind of art which refuses the ubiquitous and unscrupulous persistence in lies.

Ashraf Jamal is a writer and teacher. He has written numerous papers and monographs on South African art, as well as written and directed plays. He is the author of Predicaments of Culture in South Africa (Unisa / Brill), the co-author of Art in South Africa: the Future-Present (David Philip Publishers), and the co-editor of Indian Ocean Studies: Social, Cultural, and Political Perspectives (Routledge). He co-authored 100 Good Ideas: Celebrating 20 years of Democracy. Jamal is currently publishing a book on Robin Rhode titled The Geometry of Colour , that he edited and co-authored, and is finishing a monograph: Fugitive Vision: Neo-Expressionism, a South African Revival. He was shortlisted for the MNET Prize for his novel about the Cape Town art scene, Love Themes for the Wilderness (Kwela / Random House). He won the Sanlam Prize for the title story of his collection of short fiction, The Shades (Brevitas).

Jamal is the former editor of ARTsouthAFRICA and ARTAFRICAand has taught in the fields of world literature, postcoloniality, media studies, and visual culture at the Universities of Cape Town, Stellenbosch, Natal, Rhodes, Malaya (Malaysia), and Eastern Mediterranean (N. Cyprus). He currently lectures in Film & Media Studies at Cape Peninsula University of Technology (CPUT). He lives in Observatory, Cape Town.

Please note that there may be photography and/or audio recording at some events and that admission is on a first come first served basis. Please follow this FAQ link for more information.