Greg Dow is an economist at Simon Fraser University in British Columbia, and lives in Vancouver.  His main research and teaching interests include economic prehistory, labour-managed firms, economic theory and institutions.  He has held academic positions at the University of Alberta and Yale University, and received his PhD from the University of Michigan in 1981.  His latest book, The Labor-Managed Firm: Theoretical Foundations, was published in 2018 by Cambridge University Press, and investigates the question of why most large firms in market economies are controlled by suppliers of capital rather than suppliers of labour.  He has been a visitor at the Swedish Collegium for Advanced Study in Uppsala and the Erasmus Institute for Philosophy and Economics in Rotterdam.  He was a visiting scholar in the Department of Economics at Harvard University in the autumn of 2018.

Greg has worked jointly with Clyde Reed for about 15 years on economic prehistory, defined to mean the study of economic behaviour in societies that do not leave written records.  Their publications include research on technological innovation in the Upper Paleolithic, the origins of sedentism, the origins of agriculture and institutional issues involving early warfare, inequality and city-states.  Much of this work focuses on the role of climate change in shaping early social and economic trajectories.  While at the IAS, Greg and Clyde will be writing a book entitled Economic Prehistory, which will blend archaeological evidence with economic theory to give an overview of the subject.  Greg is intrigued by the fact that although each society is unique, several regions of the world underwent similar processes of prehistoric social evolution, including southwest Asia, China, Mesoamerica and the Andes.  He would like to know why this occurred. 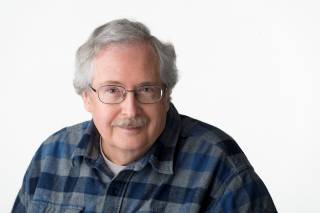