Seen from the perspective of widely accepted universal ethical values, what participants in Nazi crimes did was outrageously inhuman and amoral. However, most of these actors still felt the need to see themselves as ‘good human beings’ who acted according to commonly shared values. For about fifteen years, a scarcely acknowledged part of perpetrator research has started to take participants in Nazi crimes seriously as ‘moral agents’ in order to further our understanding why these people did what they did and, even more, how they dealt with this past in their lives after the event. This strand of research is what brought Christoph Thonfeld to UCL in January 2019.

He is currently a member of the collaborative AHRC-funded project ‘Compromised Identities? Reflections on Complicity and Perpetration under Nazism (2018-2021)’. Within this project, he will be looking into post-war interrogations, trials and corresponding media coverage about acts of perpetration and complicity of German and Austrian staff connected to the Nazi German extermination camp at Treblinka as well as camps and ghettos under the rule of the SS and Police Leader in Lublin. The main line of inquiry is to investigate how the perpetrators perceived and presented themselves as moral agents during and after the Nazi era and how these perceptions and representations were then (re-)negotiated within the three respective post-war successor societies (West/East Germany and Austria).

Christoph’s interest in perpetrator research dates back to the work on his doctoral thesis, which he did within the framework of the project ‘Denunciation in Germany 1933-1955’ between 1998 and 2002 at Bremen University. His research on the Nazi era and the Soviet occupation in East Germany was published in 2003. Although denunciators are beyond the usual target group of perpetrator studies, i.e. direct perpetrators of mass murder, atrocities and political violence, the Bremen project used similar approaches by studying their motivations, social backgrounds, and the political and legal structures and discourses which constituted the overall conditions for the concrete acts. He kept this interest in perpetrator research going over the years, which eventually formed the foundation for his inaugural lecture at Trier University in 2014 after which he obtained his Venia Legendi [licence to teach] for modern and contemporary history.

Christoph made his first forays into oral history at the Institute for History and Biography at Hagen University where he worked as Research Associate and Acting Co-investigator in the International Forced Labourers’ Documentation Project from 2004 to 2007. During his time at Trier University (2007-9), where he conducted research into the life stories of former forced labourers during the Nazi era, he also taught a seminar on perpetrator research. In 2009, he moved to Taiwan, mainly teaching 19th and 20th century German, European and world history, and oral history.

Research for his MA, PhD and Habilitation was largely focused on institutional sources and oral history interviews and related materials. Methodologically, he mostly used approaches from the wider context of new cultural history (especially linguistic turn, the history of everyday life and gender history) and discourse analysis (taking Michel Foucault’s works as a point of departure). He also engaged himself in the methodologies which oral historians themselves have developed from working with those materials over the years (Ron Grele, Luisa Passerini, Alexander von Plato, Alessandro Portelli, et al). Additionally, he often conducted his research in an explicitly comparative design. Out of the International Forced Labourers’ Documentation Project, he developed a comparative research design, bringing together experiences and their later representations from Czechoslovakia/the Czech Republic, England, France, Germany, Israel and Ukraine. This formed the basis of his Habilitation thesis at Trier University, published in 2014.

Using newspapers as source material has been a later addition to his research, in a research project on the change of the culture of remembrance of World War II and the Holocaust in Germany after 1990. This came to fruition in a third book, which was part of his promotion to Associate Professor in Taiwan, published in 2015. 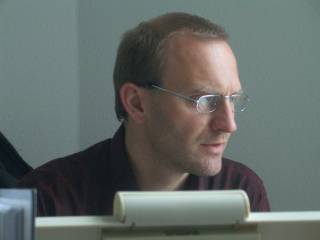