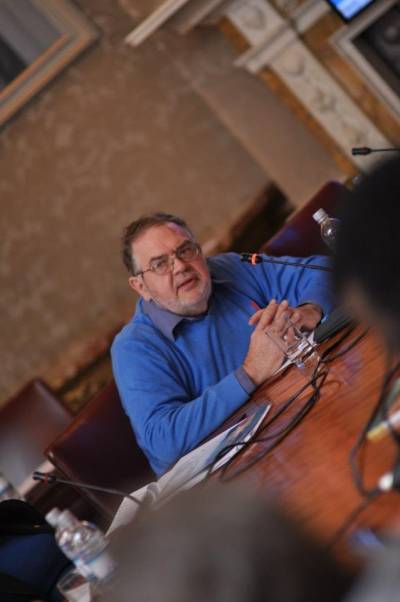 The department has been very saddened to hear of the sudden death on Wednesday 1st March 2017 of Iain Stevenson, Professor Emeritus in Publishing. Iain was a member of DIS for nearly ten years and made an enormous contribution to UCL, leading the successful development of both the Centre for Publishing and the MA in Publishing. Although Iain formally retired in 2015, he continued to work with, support and inspire colleagues and students in his Emeritus role, and is sorely missed.

Some tributes to Iain can be found here.

The text of Iain's home page as he left it is below., open access, intellectual property, copyright law.

Since gaining a PhD at UCL in 1981 I have had extensive publishing industry experience with Longman, Macmillan, Pinter, Leicester University Press, Wiley, and The Stationery Office. I have been consultant to The British Library and London Transport Users' Committee, International IDEA, and the Australian Sustainable Tourism Publishing Company. I created the award winning MA in Publishing Studies at City University London and was Senior Tutor for Research and Professor of Publishing Studies in the Department of Journalism and Publishing there between 1999 and 2006. I 'came home' to UCL in 2006 until my retirement in September 2015. I am active on the governing and advisory boards of the Publishers Association and the Royal Geographical Society. I founded the environmental publisher Belhaven Press in 1986.

I am a Fellow of the Royal Geographical Society and have published much on the history of cartographic publishing. My current research is centred upon the history of British publishing especially scientific, technical and medical publishing and publishing in Scotland concentrating on cartography. I also research the applications of new technology in publishing, especially e-books and alternatives to the printed monograph in academic and scholarly communication.

My new book, Book Makers: British Publishing in the Twentieth Century, was published by British Library Publishing in Spring 2010.