In 2020, there were 37.7 million people living with HIV worldwide. UCL research is at the forefront of discovering new ways to manage and prevent the spread of the virus. 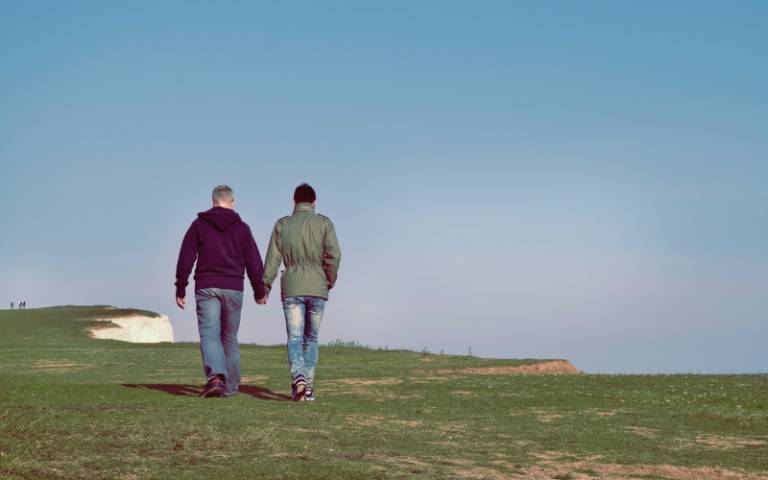 Millions of people around the world are now living longer, healthier lives, or are free from the fear of acquiring HIV, thanks to findings from pioneering studies co-led by UCL investigators that have gone on to change international guidelines.

Through three studies exploring the effects of antiretroviral drugs (ARVs) - START, PROUD, and PARTNER - UCL researchers have been helping to prevent HIV infection, reduce stigma, encourage early testing and treatment, and decrease the risk of serious disease or death around the world.

HIV cases among men who have sex with men (MSM) in the UK had risen to almost 3,500 per year by 2015. Since 2010, health policy makers had been considering two strategies using antiretroviral therapy (ART) to bring this figure down: ‘test and treat’ approaches, or preventative drugs known as pre-exposure prophylaxis (PrEP).

It was unknown if HIV positive people in the early stages of the disease, whose immune systems were not yet damaged, would benefit from ART. Furthermore, although PrEP had shown promise in clinical studies, nobody knew whether it would work in a real-life setting.

START was a major study of ART effectiveness co-led by Professor Abdel Babiker and colleagues from the MRC Clinical Trials Unit at UCL, which helped prove that even in people with relatively preserved immune function, starting HIV drugs resulted in a halving of risk of serious disease or death.

It involved 4,685 HIV positive people from 35 countries, all of whom were at an early stage of infection. Findings revealed that only 1.8% of those who began ART immediately died or became seriously ill, compared with 4.1% of those who delayed. The authors’ conclusion was clear: everyone diagnosed with HIV should start ART, regardless of CD4 count.

The British HIV Association updated its treatment guidelines in 2015 to recommend that people diagnosed with HIV should begin ART immediately, regardless of CD4 count, and it published new PrEP guidance in 2015 with PROUD findings embedded throughout as key evidence. The US Centers for Disease Control and World Health Organization (WHO) guidance followed suit, also citing PROUD.

WHO data from 2016 shows that the proportion of low- and middle-income countries applying a ‘treat all’ policy for ART as a result of these findings has doubled. According to UNAIDS, in 2019 25.4 million people were accessing ART, up from 6.4 million in 2009. Meanwhile in the UK, the combined impact of ART for prevention and PrEP have caused HIV incidence among MSM to plummet by 71%.

UCL’s PARTNER trial, co-led by Professors Alison Rodger and Andrew Phillips (both UCL Institute for Global Health), definitively proved that the virus cannot be transmitted by an HIV positive person on effective ART to their HIV negative sexual partner, even without the use of condoms.

World Health Organization Guidelines referenced PARTNER in its 2016 ‘treat all’ guideline recommending that ART should be started regardless of an HIV positive person’s CD4 count – a measure of the disease’s progression – in order to cut transmission. Since 2016, the number of low- and middle-income countries adopting this guidance has risen from 33% to 93%.

PARTNER data has also underpinned the UNAIDS 90-90-90 strategy and US national HIV/AIDS strategy, ‘Ending the HIV Epidemic’, which aims to reduce new HIV infections by 90% by 2030, as well as underpinning the globally successful community-led campaign Undetectable=Untransmissable (U=U)  Partner data tackles HIV stigma and removes the shame and fear of sexual transmission of HIV for people living with HIV and their sexual partners.

The team’s findings have been used to combat criminalisation laws that imprison hundreds of people living with HIV, based on outdated assumptions of risk. They encourage people to HIV test, engage in care and to start and stay on HIV treatment.