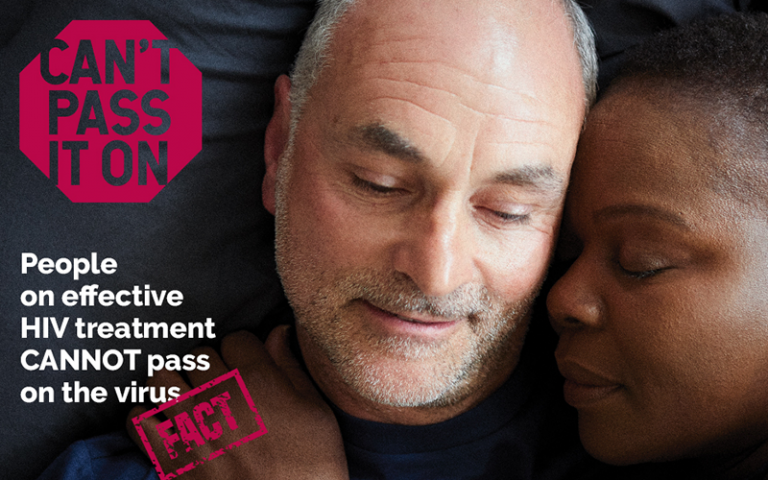 People with HIV can now live long and healthy lives on virus-suppressing antiretroviral therapy (ART) but it was uncertain how much risk there was of an HIV positive person on ART passing the infection to their sexual partners, particularly among men who have sex with men (MSM).

The UCL-led PARTNER trial, led by Professor Alison Rodger and Professor Andrew Phillips (both UCL Institute for Global Health), conclusively confirmed that the virus cannot be transmitted by an HIV positive person on ART to their HIV negative sexual partner, even without the use of condoms.

The findings have transformed the lives of people living with HIV: reducing stigma, encouraging early testing and treatment, changing international guidelines and signalling an end to the HIV epidemic.

Phase 1 of the study recruited 340 gay and 548 heterosexual couples, each with one HIV positive partner and one negative. It confirmed that no documented cases of within-couple HIV transmission took place, despite 58,000 sex acts without condoms over the four years of the study.

This finding, and that of the follow-up study, PARTNER 2, in 2018 which showed the finding held true in gay couples with no HIV transmission despite couples having sex without condoms 76,000 times, had an immediate global impact.

World Health Organization Guidelines referenced PARTNER in its 2016 ‘treat all’ guideline recommending that ART should be started regardless of an HIV positive person’s CD4 count – a measure of the disease’s progression – in order to cut transmission. Since 2016, the number of low- and middle-income countries adopting this guidance has risen from 33% to 93%.

PARTNER data has also underpinned the UNAIDS 90-90-90 strategy and US national HIV/AIDS strategy, ‘Ending the HIV Epidemic’, which aims to reduce new HIV infections by 90% by 2030.

Dismantling HIV stigma around the world

Thanks to PARTNER, the community-led campaign Undetectable=Untransmissable (U=U) has the scientific evidence to underpin that those on suppressive ART are sexually non-infectious, transforming the lives of people living with HIV. Through the PARTNER study results, U=U transforms the social, sexual and reproductive lives of people living with HIV; dismantles HIV stigma; and encourages testing, treatment and staying in care.

More than 1,000 organisations in 100 countries endorse U=U and it is at the heart of HIV prevention policy and efforts to destigmatise HIV.

The UCL team’s findings have also been used to combat criminalisation laws that imprison hundreds of people living with HIV, based on outdated assumptions of risk now disproved by PARTNER.

The International AIDS Society’s 2018 consensus statement extensively references the study’s data, calling for ‘correct and complete understanding of current scientific knowledge to inform any application of the criminal law in cases related to HIV’. Now the US, Malawi, Canada, the Democratic Republic of Congo, Brazil and Belarus have modernised and repealed HIV-specific laws in light of the UCL findings.

UCL research has definitively proved that an HIV positive person on antiretroviral therapy (ART) cannot infect their sexual partner. This has transformed the lives of people living with HIV: reducing stigma, encouraging early testing and treatment, changing international guidelines and signalling an end to the HIV epidemic.