Tackling mental ill-health among young people across the UK

Researchers at IOE, UCL’s Faculty of Education and Society, provided the first robust evidence to show the scale of the UK’s mental health epidemic among young people. 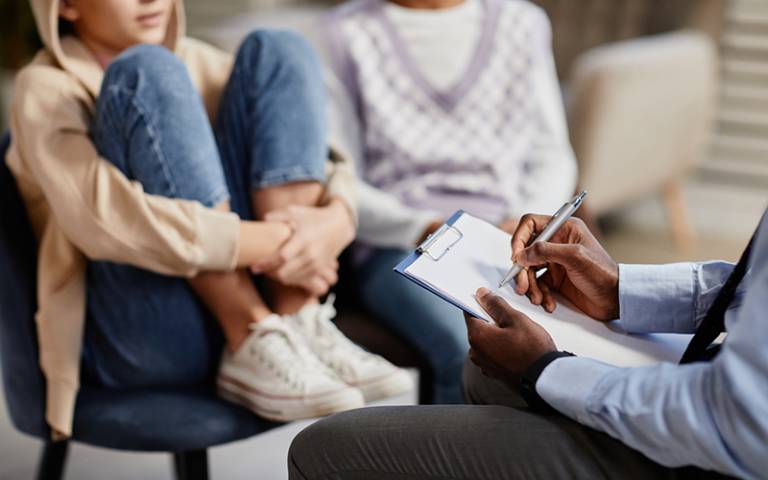 The nationwide Millennium Cohort Study, designed and led by Professor Emla Fitzsimons at the Centre for Longitudinal Studies, IOE, follows an initial sample of around 19,000 individuals born in the UK between 2000-02 and interviews them and their families every two to four years – so to date, at ages 9 months, 3, 5, 7, 11, 14 and 17 years.

The research showed that one in four 14-year-old girls and one in ten boys of the same age suffer high symptoms of depression. Further evidence showed that this is a stark rise over a decade alone, also highlighting increases over the same period in self-harm among 14-year-olds, together with other outcomes including obesity, insufficient sleep and poor body image. Peer relationships and bullying were risk factors for depression for both males and females, and factors such as family income and school connectedness appeared protective only for females.

The study also highlighted that mental illness and wellbeing are distinct and a child may have poor mental health but positive wellbeing, and vice versa. This finding emphasises the importance of considering wide-ranging factors that may affect both mental health and wellbeing in different ways, including at individual, family, school and environment levels.

Professor Fitzsimons and Dr Patalay’s findings informed the Government Green Paper on Transforming Children and Young People’s Mental Health Provision (Dec 2017), raising the nation’s awareness and understanding of the scale of mental ill-health among young people across the UK and underlining the urgent need for policy action.

The work also reframed policy makers' approaches in this area. Public Health England (PHE) has used the research to communicate the case for a whole system response to children and young people’s mental health and wellbeing, and are working to identify the best measures to use for young people’s mental wellbeing and associated risk and protective factors.

The Department for Education (DfE) is using the research findings to guide decision-making around young people’s mental health and the expected impacts from school-based interventions to support better health and wellbeing. Together with the Office for National Statistics, the DfE published a ‘State of the Nation’ report with advice on measuring wellbeing to follow.

In recognition of the outstanding research and its contribution to policy, Professor Fitzsimons and Dr Patalay were awarded the Panel Choice Award in the ESRC Celebrating Impact Prize 2020.

Tackling mental ill-health among young people across the UK: the data and research evidence that underpin national policy and planning

Using longitudinal data from the Millennium Cohort Study (MCS) researchers at IOE, UCL’s Faculty of Education and Society, provided the first robust evidence to show the scale of the UK’s mental health epidemic among young people. The findings are ensuring young people’s mental health is a public health priority and have sharpened approaches to identifying those most at risk and resulted in more comprehensive mental health services