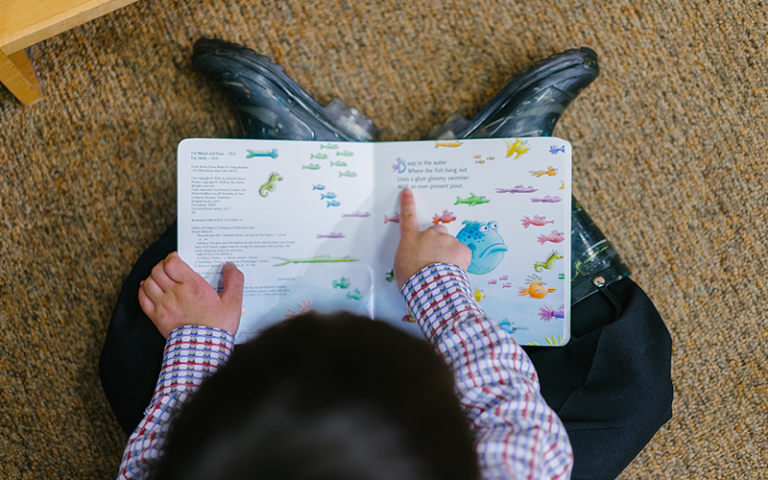 Developmental language disorder (DLD) is a neurodevelopmental condition associated with academic underachievement, increased risk of poor mental health and long-term unemployment. However, its diagnosis has been hampered by inconsistent and misleading terminology and the use of ‘low non-verbal IQ scores’ to exclude children from receiving specialist language support.

Professor Courtenay Norbury and team from the UCL Division of Psychology & Language Sciences conducted a seminal population study of more than 7,000 school children (The Surrey Communication and Language Education Study – SCALES). It was the first in the UK to document the number of children starting school with a clinically and educationally significant language disorder (DLD) and monitored them until they transitioned to secondary school.

The study found that 7.6% of children had DLD and a further 2.3% had a language disorder linked to another biomedical condition. Children with language disorder tended to have a two- to three-year language gap which persisted to at least the end of Year 6.

This evidence has transformed the way DLD is identified, diagnosed and treated. It confirmed the condition could be reliably diagnosed in the first year of school and that non-verbal IQ should not be a criterion for deciding whether a child could access speech and language support.

The study demonstrated a link between DLD and clinical symptoms of social, emotional and behavioural issues and also highlighted that nine out of ten children with DLD fail to meet early curriculum targets. It also showed that early language skills predict a child’s ability to recognise emotional cues from both voices and faces (even in Y6) and that these have a clear impact on emotion regulation.

Transforming the way DLD is discussed and treated

Professor Norbury used the findings to work with a consortium of specialists to develop a consensus paper on DLD diagnosis and terminology. Through an extensive public engagement programme this paper has raised awareness globally and transformed the way DLD is discussed and treated.

The Royal College of Speech and Language Therapists (RCSLT) used the SCALES findings in a briefing document for SLTs to emphasise SLTs’ crucial role in supporting children with DLD and to develop awareness among other key practitioners and policy makers.

Professor Norbury has used her findings to change the way mental health, educational and language and literacy charities talk about language disorders. She has written a Clinical Topics Guide on DLD for the Association for Child and Adolescent Mental Health (ACAMH) to help clinical psychologists identify DLD  and understand the role of language in social, emotional and behavioural problems.

The SCALES data has also influenced training of staff at the Department for Education around the implications of DLD on young people’s life chances. The Westminster All Party Parliamentary Groups on Speech and Language difficulties and on Literacy have used SCALES data to galvanise the support of MPs and peers for policy reform and investment in early years oral communication.

Research conducted at UCL has created the first evidence-based picture of the prevalence, persistence, and impact of Developmental Language Disorder (DLD) in primary school children. The longitudinal SCALES study underpins a global campaign to transform the way DLD is understood and discussed and has informed UK Government policy and DLD service commissioning.