Maximising the impact of teaching assistants to better support students

Nationally and internationally, extensive research from IOE is changing how teaching assistants are deployed in schools and informing new policies and practices in education systems. 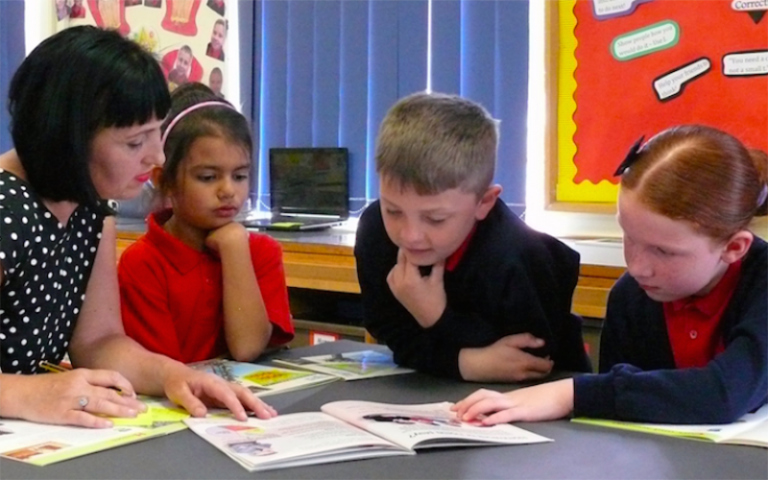 The number of teaching assistants (TAs) working in mainstream schools has more than trebled in the past 20 years. In England, TAs comprise almost a third of the school workforce. Provision for children with Special Educational Needs and Disabilities (SEND) relies heavily on TA support, and in some cases, this can lead to separation and segregation in the classroom rather than inclusion.

An extensive programme of research at IOE, UCL’s Faculty of Education and Society, led by Professor Peter Blatchford and Drs Rob Webster and Paula Bosanquet has transformed how TAs are deployed in schools to maximise their impact and reduce stigmatisation of lower attaining pupils and those with SEND.

Their landmark study of pupil progress - ‘Deployment and Impact of Support Staff’ (DISS) - identified an urgent need for schools to reassess and change the way they use TAs, and the ‘Effective Deployment of Teaching Assistants’ project, undertaken in collaboration with schools, developed guidance rethinking the TA role.

This led to a series of handbooks for schools and TAs, underpinned by the research findings which formed the basis of the ‘Maximising the Impact of Teaching Assistants’ handbook and national guidance written with Professor Jonathan Sharples at the Education Endowment Foundation (‘Making Best Use of Teaching Assistants’ - MBUTA).

The suite of freely accessible resources allows schools to ensure TAs are deployed to support better pupil outcomes. Government data shows 80 per cent of headteachers have read the MBUTA guidance and nine out of ten headteachers surveyed in schools with the highest proportions of disadvantaged pupils said IOE guidance has influenced their school practice.

Schools now better recognise that the classroom role of TAs should be broadened and that they should not work exclusively with lower attaining pupils and those with SEND. To inform policy-making, the team built relationships with key decision-makers, including senior officials in local authorities, the Department for Education (DfE) and Ofsted.

The MITA research and MBUTA recommendations have informed national policy documents and debates, including a debate in the House of Commons on the use of TAs in English schools and in the DfE’s post-COVID guidance for schools.

Over 150,000 pupils and 780 schools have benefitted from the IOE-led programme of training and professional development across Yorkshire and Lincolnshire based on the research.

The Institute for Fiscal Studies reported that this training improved English outcomes at Key Stage 2, equivalent to three weeks of additional teaching. Teachers and TAs also benefited with increased confidence, better pedagogic understanding and a clearer sense of purpose.

This important research has also had an international impact. In New Zealand, the government used the MBUTA guidance to inform national policy on paraprofessionals and training for more than 3,500 teachers, with a demonstrable impact on practice.

The OECD has recognised the international impact of the research, and MITA also won the Public Engagement & Impact Team Award in 2019, presented by the British Educational Research Association.